The pilots of a LAN Airlines plane that damaged runway lights and left a trail of debris at Auckland International Airport three years ago, had become confused after relying on visual cues, an investigation has found. 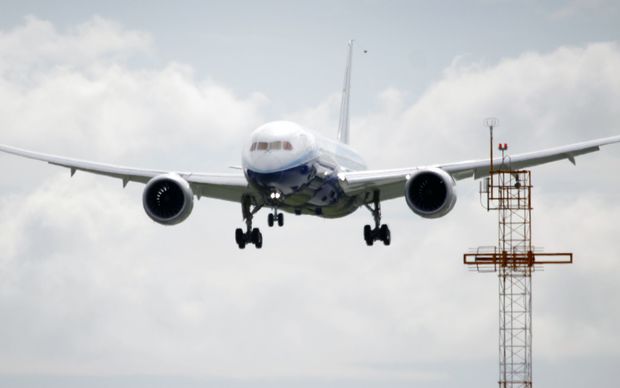 The Transport Accident Investigation Commission (TAIC) has released its report into the incident, which happened on 18 May 2013.

The commission has asked the Civil Aviation Authority to check that runway lighting at all airports meets new guidelines introduced in mid-2015.

But he said the main cause of the accident was that pilots had failed to use onboard navigational equipment to ensure they were on track.

They were still doing before take-off checks while the plane, with 196 passengers and 10 crew aboard, was taxi-ing to the runway.

"The pilots lost their situational awareness of where they actually were, as they were coming onto the runway. They were then lined up on the line of lights that they thought were the centre line but were actually the edge lights.

"So it was the visual references they were confused by."

Fortunately the captain realised his mistake and was able to veer back onto the runway before anything more serious happened, Mr Stephenson said.

The pilots did not report the incident to air traffic control at the time.

A routine runway inspection later that morning found that seven of the elevated runway edge lights were damaged and required replacement.

The runway was closed for 20 minutes while the debris was removed.

When the Airbus A340 was inspected after it arrived in Sydney, two of the tyres were found to be damaged and had to be replaced.

Mr Stephenson said the incident was a reminder that "entering an active runway is a critical phase and pilots must give the manoeuvre their full attention".