If you're ecstatic at the preliminary flag referendum result, this first paragraph is for you: the Change the NZ Flag campaign lost, the people have spoken.

The New Zealand public have made it clear by a margin of 57 to 43 percent they want to keep the defaced British blue ensign and Southern Cross as our national flag. We accept that result despite our disappointment. 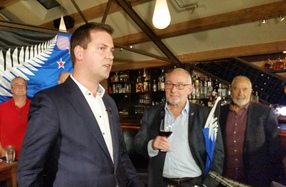 For everyone else, this debate is far from over.

One of the first things to take from the result is that it was much closer than almost any of the polls had predicted, despite a very high turnout.

It is close enough that the issue won't go away. The reasons for the result are clear enough to everyone and there is plenty for us to learn for the future.

Then there are the factors involved in the loss. It's clear that a substantial proportion of votes for the status quo had nothing to do with the relevance of its symbols to contemporary New Zealand. It will be cold comfort for the supporters of the current flag to know they only got over the line largely due to factors other than the public wanting to keep the Union Flag on New Zealand's flag.

Meanwhile, the factors driving a change of flag continue. Increasing economic and trade links with the Asia Pacific region, cultural diversification and a growing yearning for independent symbols that unite all New Zealanders will not go away following this result. If anything the call will grow louder.

And while I predict the current flag will survive for another decade or so, it is now damaged goods.

The Prime Minister has enthused Kiwis to get behind the current flag following the result. My prediction is that won't happen. The alternatives, especially Kyle Lockwood's designs and Aaron Dustin's Red Peak design, will continue to be flown from flag poles up and down the country.

The discussion the referendums have unleashed - especially the process - will almost certainly lead to a new process being devised. The Change the NZ Flag campaign will most likely focus on this issue in the coming years.

For example, the process can be simplified with preferential voting up front including the status quo; it can be made less expensive - remember $18 million of the $26 million spent on these referenda was on postage alone - and clear design guidelines set. 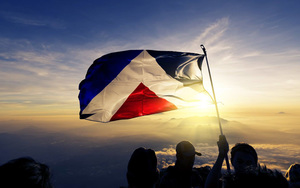 The current government will not revisit this issue, meaning it will fall back on a future centre-left one.

At the same time restoring bi-partisan support for a change process will be a priority for the campaign. The result and associated polling tells us without bi-partisan support, the change-resistant general public will not vote for change. This for me was one of the most frustrating aspects of the debate.

The critical factor in all of this will be whether a future leader of the opposition would be willing to expend political capital on this issue in the way that John Key has. I'm confident that within the ranks of the opposition - both within and outside parliament - there are leaders who will take up the issue.

In a moment of rhetorical deficiency following the preliminary result, I remembered the words of Winston Churchill following the second battle of El Alamein, which I thought relevant to our campaign: "This is not the end, it is not even the beginning of the end. But it is perhaps the end of the beginning."

* Lewis Holden is a leading campaigner for New Zealand to become a republic, and one of those behind campaign group Change the NZ Flag.