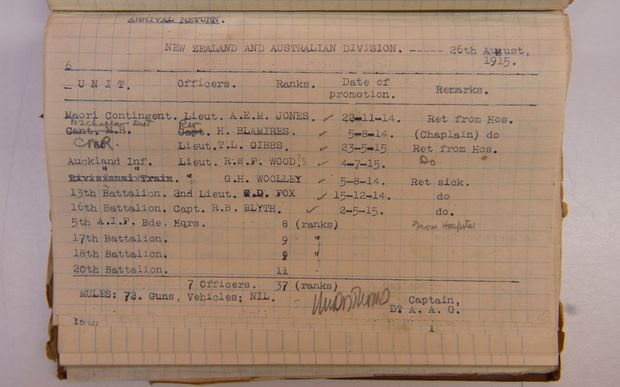 The notebooks detail the movements of Australian and New Zealand Division soldiers on and off the Peninsula during June, July and August 1915. Photo: SUPPLIED/NZ Defence Force

The research, by the Ministry for Culture and Heritage and the Defence Force, shows more than 16,000 soldiers served at Gallipoli, rather than 8556 previously cited in 1919 documents.

The new estimate follows the discovery in January of old notebooks which detail the movements of Australian and New Zealand Division soldiers in 1915.

In 2013, a Ministry for Culture and Heritage historian said the original total was the result of a miscalculation by a British general, and the true number of New Zealanders who served at Gallipoli was more like 14,000, bringing down the percentage of casualties to 53 percent, in line with Australian losses. 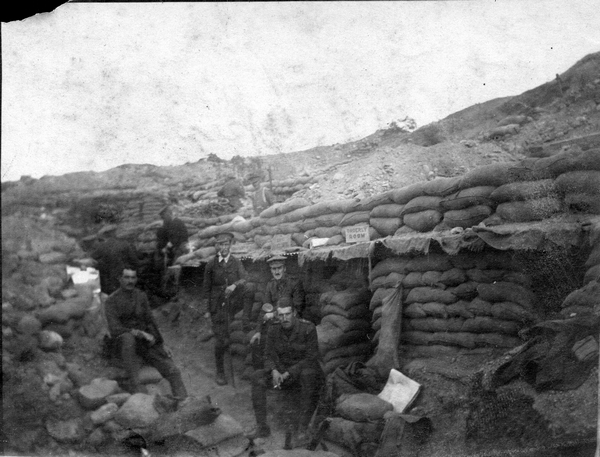 The ministry's chief historian, Neill Atkinson, said thousands of individual military service files were studied for the latest research, which began in November last year, but the records had their limits.

Analysis of unit movements and official war diaries gave a better understanding of Gallipoli service, but Defence Force historian John Crawford was convinced there must be other records.

Mr Crawford then discovered the notebooks of the Deputy Assistance Adjutant General in Archives New Zealand.

"These meticulously kept records detail the movements of Australian and New Zealand Division soldiers on and off the Peninsula during June, July and August 1915 and meant we could calculate the total numbers with a much higher accuracy," he said. 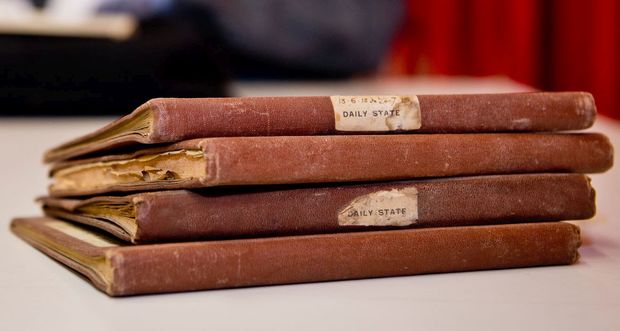 The notebooks detail the movements of Australian and New Zealand Division soldiers on and off the Peninsula during June, July and August 1915. Photo: SUPPLIED/NZ Defence Force

The research began with a look at 2429 service records of the 6th Reinforcements, the last reinforcement to reach Egypt before the end of the 1915 Gallipoli campaign.

It showed at least 76 per cent of the men served at Gallipoli. Unit administrative files and other relevant material, including the recently-rediscovered notebooks were also cross-referenced.

The final figure was reached by adding the results of the 6th Reinforcement research, the numbers estimated to be present in April-May 1915, and the numbers from the notebook research.

"This figure is by no means final but it's the most accurate we can achieve using the evidence we have discovered to date," Mr Crawford said. 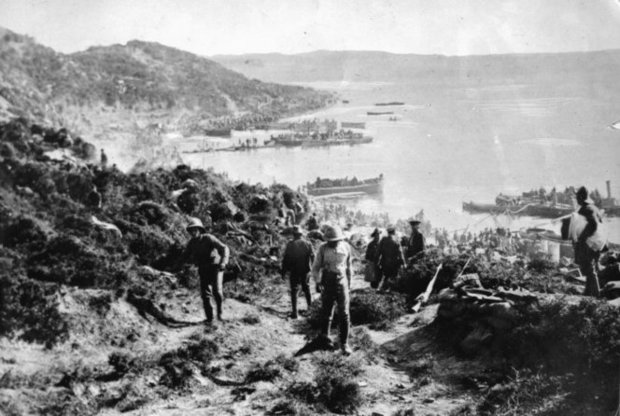 A historian with the Ministry for Culture and Heritage, Dr Ian McGibbon, said historians had long doubted the accuracy of the 8556 figure.

He said the figures will change the percentage of casualties.

"We've been told in recent times that 93 percent of the men who landed at Gallipoli became casualties. On the 17,000 figure of course that percentage drops quite dramatically down to what the Australian casuality rate was, roughly 60 percent," he said.

Mr Atkinson said the project illustrates how knowledge about history was constantly evolving as new information was discovered and new interpretations were developed.

The research methodology was overseen by Statistics New Zealand.