A Pakistani family has lost a last-ditch appeal to stay in New Zealand, despite saying they would be abandoned without family and financial support, and at the mercy of Taliban militants if they were deported.

The woman and her 19-year-old son, who are not named, fled Pakistan in 2014 shortly after receiving a death threat from the Taliban.

They had a refugee and protected person appeal dismissed in August last year, but applied again under humanitarian grounds a few months later when they lost contact with the woman's husband.

That second appeal has now also been rejected.

In August, the Immigration and Protection Tribunal agreed their lives were at risk if they returned, but told them with the help of the husband, they had the financial means to relocate somewhere safer in Pakistan. 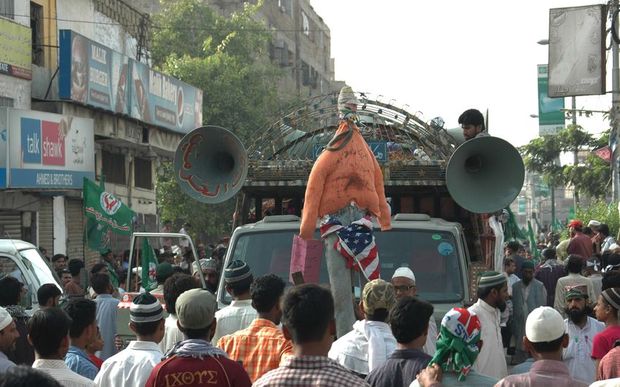 The tribunal said if the family move to Karachi authorities could protect them. Photo: 123RF

The woman stopped working as a polio vaccinator in Pakistan when her cousin and six other medics were killed in a terrorist attack on a motorway on New Year's Day in 2013.

The Islamist group has killed dozens of vaccinators since it became known American intelligence agents used a fake vaccine programme to try to find Osama Bin Laden when he was a fugitive.

While living in Pakistan the family in some ways lived a life of luxury. The husband was a successful businessman who had bought a significant amount of property in a modest village.

In November 2013, the son was abducted by four Taliban militants in a van while walking home from a cricket game and held for nine days, until his father paid a ransom.

Before leaving Pakistan, the family received a letter on Taliban letterhead demanding money.

The husband was in hiding and moved between the cities of Peshawar and the capital Islamabad, further north.

He had hired a guard with an AK47 to patrol the four acre family home, which is surrounded by a 2m-high wall with electric wire.

The tribunal agreed there was a "risk of serious harm" to the family if they went home, but it said if they relocated to the southern city of Karachi, there would be authorities there that could protect them.

"If meaningful protection is available to a claimant in a part of the country other than the part in which serious harm is threatened, then the risk of the claimant being persecuted is not established," it said.

However before leaving New Zealand late last year the family lodged a humanitarian appeal after losing contact with the father.

They told the Tribunal he had control of the family's financial resources and without him they would be bereft of any financial means.

"Pakistan inheritance laws are not favourable to women, who may inherit, at most, one-eighth of a father/husband's property when a couple have children. Further, without a death certificate for the father, no legal steps can be taken to inherit this property," they said.

"The situation is compounded by the fact that any claim would need to be made in the region in which the family lived, a region to which the appellants can no longer return for fear of serious harm at the hands of the Taliban."

However the Tribunal again rejected their bid to stay, saying it did not believe he had disappeared.

"As stated by counsel in submissions, if the husband/father had been killed, it would be likely that his body would have been found, or if kidnapped, that a ransom request would have been made," it said.

"There is no evidence of either event. The husband/father's whereabouts and fate are unknown. The evidence surrounding his disappearance, and the steps taken to ascertain his whereabouts, are characteristically vague."