Targeted funding for schools, being considered as alternative to the decile system, would fit with the government's investment approach, Prime Minister John Key says.

Education Minister Hekia Parata says the current decile system will be replaced, but the government has not yet decided what would take its place.

One proposal is for schools to get extra funding for students with risk factors.

The risk factors are long-term receipt of benefits, a mother with no qualifications, a parent who has been to prison, and the child or a sibling being abused.

The proposal is part of the government's current review of the school funding system and could potentially replace the decile-based funding system, which allocates extra funding to schools based on the proportion of a school's students who come from the poorest neighbourhoods as measured by factors such as benefits and household overcrowding.

Mr Key said decile funding could change according to the socio-economic status of the area, and other, more targeted options could be more effective.

He said the proposals were at a very early stage, and any change would take years to implement, not months.

The proposal has had an early thumbs up from principals, with Secondary Principals' Council president Allan Vester giving qualified backing. 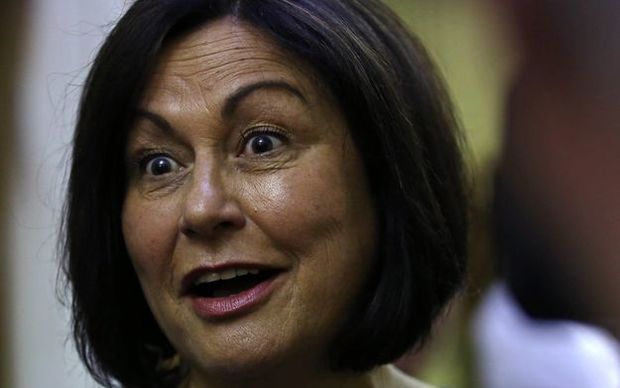 "On the basis of what I understand, in fact, I'd be supporting the model at least in the general direction that the model is heading.

"So that in fact if a student moves school or changes from one sector to another, from intermediate to primary to secondary, then that data on that student moves. Now currently in the decile system, which is far, far more broad brush than that, that doesn't happen, " he told Nine to Noon.

The documents seen by him suggested schools would get even more funding if they had a concentration of children with the risk factors, Mr Vester said.

"It's not just the students that you've got, it's the concentration of those students. And certainly overseas research would show that if you've got a larger, much larger, percentage of the students falling into that risk, that the problems for the school are significantly greater. So if you had 40 percent of your students in a risk category the task for the school is more than twice as great as it would be if you had 20 percent."

Government agencies had done a lot of work on risk factors which indicated a child was likely to have poor school and social outcomes, he said.

The system suggested in the documents would help to reallocate existing funding more equitably between schools.

But he said real change would require more funding for schools, including allocating extra staffing to schools with high concentrations of high-risk students.

Education researcher Liz Gordon has studied the decile system and said she doubted the new proposal was practical.

"How do you know that the person who's in prison is on the child's birth certificate, which is the only way you can tell whether it's a parent.

"How do you differentiate between one episode of child abuse which might be verbal abuse, to physical abuse, to sexual abuse, to multiple years of abuse. I think it's impossible."

Ms Gordon said schools in poor areas needed more funding than those in rich areas, but if the government really wanted to improve education results it should address income inequality.

The Secondary Principals Association says a replacement for the school decile system must not label schools with high numbers of disadvantaged children.

Association president Sandy Pasley said that sounded good, but it was critical that the funding allocated by such a system remained secret.

She said if the public knew how much each school got for disadvantaged students, the information could be used to make judgements about schools.

The Education Ministry said the decile system allocated about $152 million a year to schools.

Schools were placed in ten groups based on the proportion of their students from neighbourhoods with five indicators of disadvantage.

The indicators as measured by the Census were low household income, household overcrowding, parents with no qualifications, parents in low-skilled jobs and parents on a benefit.

The next recalculation of deciles was not due until 2019, and the government was still gathering information, looking at overseas examples and considering options, Education Minister Hekia Parata said.

However, Ms Parata said there were advantages to a system based on individual students' characteristics, and such a system would make good use of the data government collected.

Ms Parata said the decile-based funding system needed to be replaced because it was well-intentioned but blunt.

She said it stigmatised low-decile schools because some people wrongly believed a low decile indicated a lower quality of education.