Dairies in a south Auckland suburb say they are fed up with the police failing to take their calls about robberies seriously - and that too few culprits are being caught. 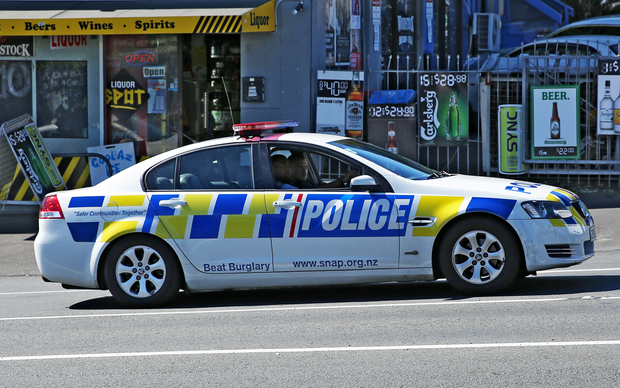 Redhill Superette in Papakura was hit twice at the weekend, with the owner's son putting up CCTV footage on Facebook to show the kind of violence they were tired of dealing with.

Baljit Singh, who has owned Redhill Superette for 21 years, said he would pack up and move elsewhere if he didn't have the lease to worry about.

Robberies were happening too often now, he said - and he saw groups of young people milling about daily, looking for opportunities to offend.

He said the man who boarded above his shop called the police early in the morning on Saturday to report someone trying to break in through a window but they said they were too busy.

Mr Singh said he rushed over but, by then, the intruder had gone and he was left to calm a terrified tenant.

"I just took him to my house, and I got him to sleep over there for the night, because he was so scared."

Mr Singh said the police also said they were too busy when a group of teenagers openly stole cigarettes and tried to take the till on Sunday.

After 15 minutes, he said, his son, Indy, changed tactics and told police he had a gun and would deal with the situation himself.

"Then the police came straight away. After a minute, the police were there."

He refused to comment on what Indy Singh had said about having a gun but acknowledged that call-outs involving firearms were given higher priority.

"Look, I certainly don't encourage exaggerating about the circumstances to get the police there.

"I think the way to get the police there quicker is to ring the police immediately. Get on the phone to police, give us the best opportunity to get there as fast as we can."

'I've reported so many times that I've just lost hope'

A couple of minutes' drive away is the Southern Superette and Dairy, which Kaushik Kumar has owned for the past nine years.

He said he was being robbed up to three times a month - usually by 17- or 18-year-olds.

"We can't do much about those stuff apart from reporting it to the cops and the cops never turn up, saying 'that's not a major issue' or something like that.

"I've reported so many times that I've just lost hope, I don't report it to them."

His father was held up at gunpoint in the shop three months ago, he said.

"Two people came in with a gun, went to my Dad and you know, asked for cash - the only thing you can do is give them whatever they demanded."

Mr Kumar said nobody was charged so, since then, he had employed an extra person to make sure there were always three people working at a time rather than two.

Raghbir Singh, who owns the Product Star Dairy, said there should be more police patrolling the town centre.

"You know they can get away and they keep coming back. That's the main thing, because they know the police can't do anything to them ... The police are participating in the same problem, they can't charge them."

Not just a problem for Papakura

Police said dairy robberies were not just a problem for Papakura, but the district and the rest of the country.

Papakura ward councillor Calum Penrose told Morning Report the problem could not be laid entirely at the door of the local police, who did a good job despite huge challenges.

Mr Penrose said most of the time if people phoned 111, the police turned up.

The police have not responded to a request for an interview and Papakura MP and Police Minister Judith Collins was unavailable.