A Northland environmental group campaigning over swamp kauri exports is elated with a High Court ruling to grant its request to see thousands of government emails. 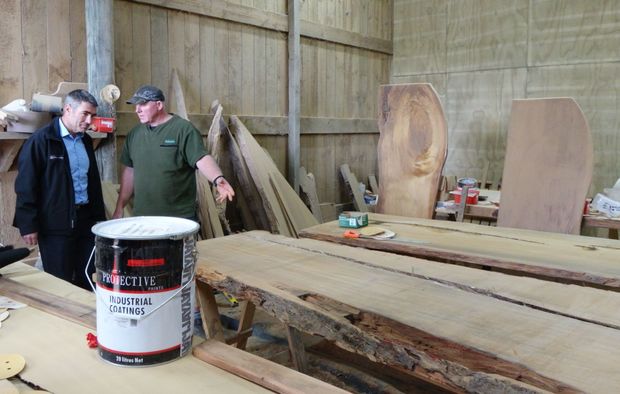 The Ministry of Primary Industries and Customs had refused an Official Information Act request from The Northland Environmental Protection Society to see more than 9000 emails relating to swamp kauri.

The society's chairperson, Fiona Furrell, said they had been trying to get hold of the emails for four or five months.

It had been a difficult fight to get the emails which she hoped would shed light on why some swamp kauri pieces had been allowed to be sent overseas.

"The enormous amount of effort that MPI has gone to, to not hand over these emails - there must be something, I'm just guessing - something that they certainly didn't want us or anyone else to have."

The emails would be a huge boost to the society's work towards a judicial review in July which aims to challenge the way the ministry interprets the Forests Act, she said.

Some pieces leaving the country have been labelled as table tops and carvings, when they are in fact illegal exports of ancient swamp kauri logs, Ms Furrell said.

MPI first said it would take 40 weeks to release the 9000 emails, but its lawyers recently told the court it would take 20 working days.

The society's lawyers said it was remarkable that a government ministry was refusing to release public documents not only under the OIA but by way of the legal discovery process.

Justice Woodhouse said he agreed with the thrust of the society's submissions and ordered MPI to release the emails by 10 May.