High-tech footage of a balcony collapse at a student concert has revealed no-one was jumping on it when it fell. 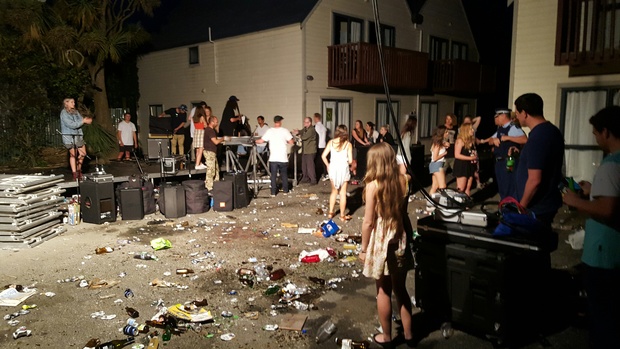 The incident happened at an gig by Six60 off Castle Street in Dunedin on Friday. Photo: RNZ / Ian Telfer

The event, at an impromptu gig by the band Six60 in a courtyard off Castle Street in Dunedin on Friday night, left 18 people injured.

Two of those were seriously injured, and one was transferred to Christchurch Hospital on Saturday.

Concertgoers reported afterwards that they had seen the balcony, which was part of the group of flats where the concert was staged, visibly moving as at least 20 people packed three deep jumped up and down on it.

But 360° virtual reality footage of the whole concert, filmed by Dunedin firm Animation Research using a new camera system, has shown those on the balcony were hardly moving.

The footage was given to the police, but not released publicly.

The video, viewed by RNZ News, showed at least 16 people were crowded onto the narrow balcony, said to be built for up to eight.

However, the only movement was from one young man who bobbed for about two seconds as the band started up.

The video showed that the balcony gave way from that corner onto the crowd below without any warning or bouncing, just the slightest movement.

It was unclear exactly how many people were on the balcony at the time because more kept arriving as the concert began.

At least 16 people were crowded onto it, with possibly more behind. 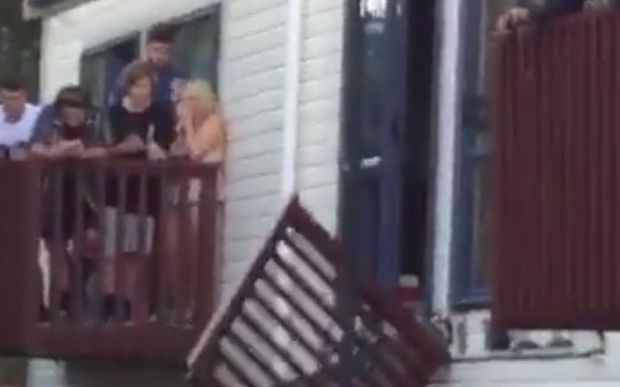 There appeared to be no movement on the balcony as the band came on and tuned up.

The gig was privately organised by the band as a return to the area in which they first formed, and neither the police nor Otago University's Campus Watch staff were officially involved.

The police had been getting people off roofs, and trying to reduce the number on the balconies, they said, and it was unclear from the footage how active they had been.

It was possible that concertgoers had been referring to dancing and jumping earlier in the concert with the warm-up bands, and that was straining the balcony.

An investigation into whether the balcony was up to building standards was ordered by the government yesterday.

Capturing the concert from every angle

Animation Research had been filming the concert for Six60 to demonstrate the power of the new virtual reality system.

They had six cameras pointing in four horizontal directions as well as up and down.

The film was captured on a 3m high rig, about the same height as the balcony, and was stitched together to give a 360° view.

The resulting footage could be watched and navigated in all directions using a virtual reality headset.

The footage begins from 15 minutes before the concert and continues right through it, including the balcony's collapse. 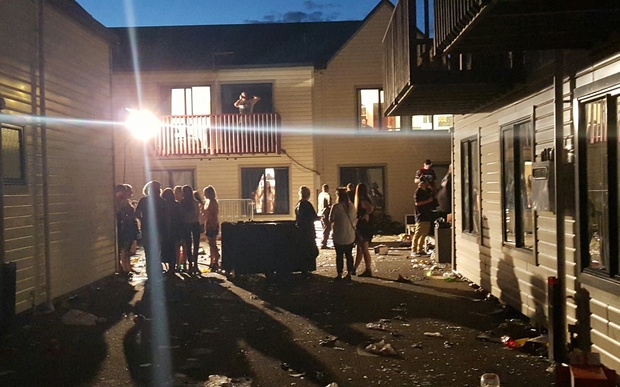 The scene of the incident on Friday. Photo: RNZ / Ian Telfer