The New Zealand Defence Force (NZDF) commander overseeing the aid deployment in Fiji says the country has a big recovery task ahead of it. 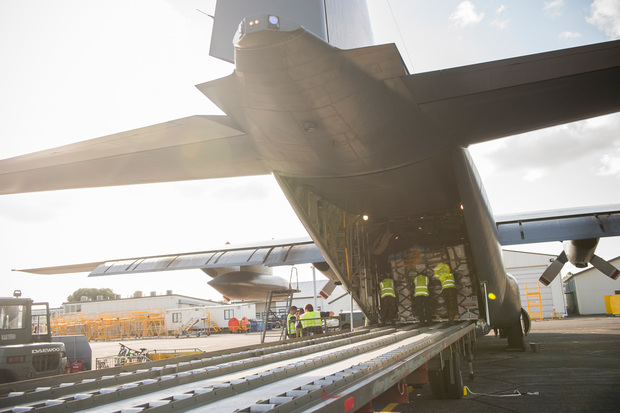 An NZDF C-130 Hercules on its way to Fiji on 22 February. Photo: DEFENCE

Since the devastating Cyclone Winston hit the island nation two weeks ago, a New Zealand P3 Orion has assisted with surveying activities for planning purposes, HMNZS Wellington and HMNZS Canterbury and C130 planes have brought engineers and aid in, and two NH90 Helicopters have helped distribute aid. 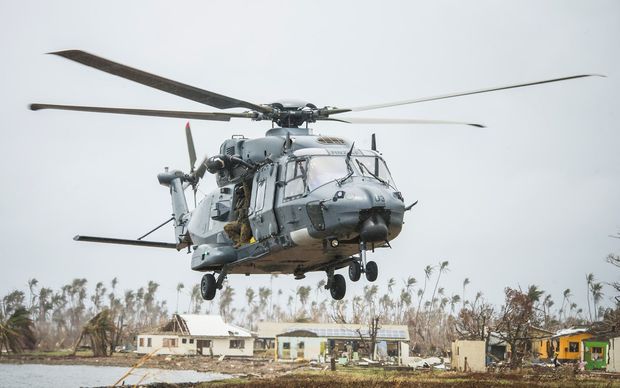 There are about 460 NZDF personnel in Fiji, and Colonel Glenn King, who is overseeing the contingent, is based in Suva working with the country's National Disaster Management Office (NDMO), which is responsible for co-ordinating efforts.

Members of New Zealand's Fire Service, Urban Search and Rescue and the Ministry of Health's medical assistance team are also in Fiji to help with the recovery efforts. 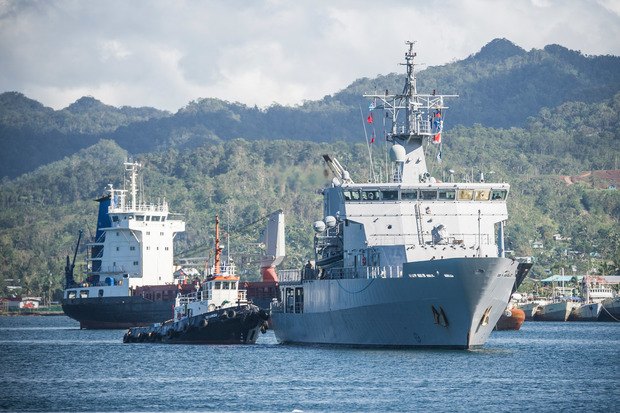 Colonel King said there had been a constant flow of equipment and people coming into Fiji.

The Canterbury had great capacity and had brought with it large quantities of building material, including roofing iron, wood for making frames, and piping for guttering systems, as well as emergency food and water, he said.

The vessel also brought more than half a dozen large water tanks, sized 10,000 or 30,000 litres. The tanks were quite important on the island of Vanua Levu, where the NZDF was focussing some of its efforts. 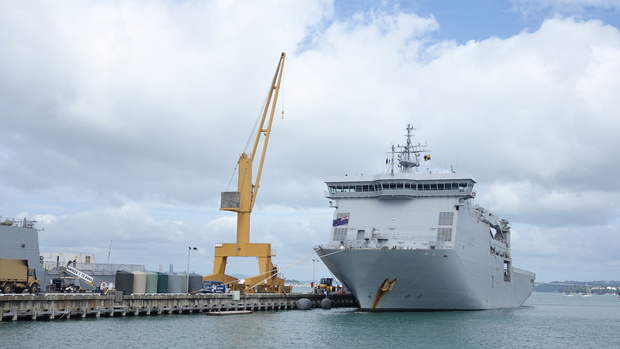 HMNZS Canterbury being loaded in Devonport before heading to Fiji on 27 February. Photo: RNZ/ Rowan Quinn

On the ground in Suva, there was a lot going on but there was a sense of calm and control, he said.

"I describe it like a duck - it looks calm on the top of the water but it's kicking furiously."

But, out on the islands where many of the engineers, defence personnel and fire service were based, they had been working very long hours in hot, humid conditions, without much shelter foliage to protect them from the sun after the cyclone's damage.

The engineers, working with the Royal Fiji Military Force's engineers, were undertaking route clearance, clearing debris, roads and waterways and "really just making it safe, as you can imagine there was a lot of housing material, trees all over the place, so they're cleaning that up". 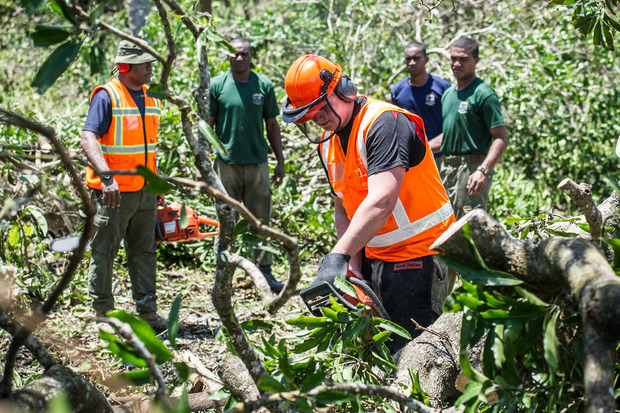 They were also repairing critical infrastructure with a priority on schools and community centres.

"There is an emphasis of getting people out of the schools, which are being used as evacuation centres so that schools can recommence, so doing a lot, repairing roofs, repairing frames and reconnecting water."

The medical assistance team were running clinics looking at emergency medical tasks for people injured during the cyclone.

Colonel King said the NDMO had good control of the situation and had completed significant assessments of the affected areas, but he thought the next stage in terms of the recovery was some time off.

"It's a huge task and they've got quite a challenge ahead of them."

There had been a fantastic response from the locals who were receiving aid, he said.