ANALYSIS: Cancer patient Leisa Renwick is taking a petition to Parliament calling for the drug Keytruda to be funded. But what is the medicine used for and why are there funding arguments? 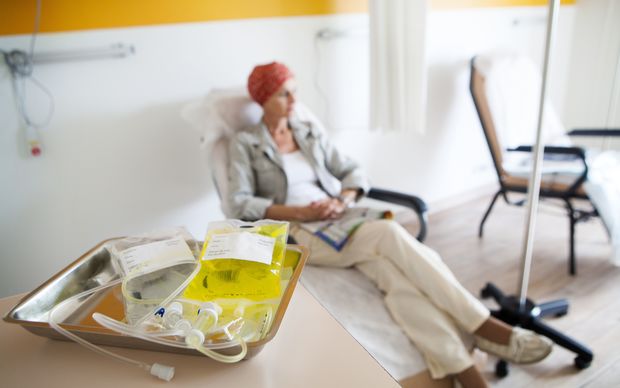 Keytruda is the brand name of a new immunotherapy drug, also known as pembrolizumab. It is given by infusion in hospital and is designed to enable a person's own immune system to target and destroy cancers. It was named the scientific breakthrough of the year in 2013 by the American Association for the Advancement of Science.

Are there other options?

Keytruda is the only immunotherapy for advanced melanoma registered by Medsafe for use in this country. A similar new drug called nivolumab, from drug firm Bristol-Myers Squibb, is in the process of being registered, but there has been no application to Pharmac to fund it.

What else does Keytruda treat?

It is funded in countries including the United Kingdom, Australia and the US for advanced melanoma but it is also licensed in the US for use in lung cancer. The drug-maker Merck Sharp and Dohme has applied to Pharmac for funding of Keytruda in New Zealand for advanced melanoma that cannot be treated by surgery. However the drug is in trials overseas for other new uses.

What other treatments are there for advanced melanoma?

Just surgery or dacarbazine, or chemotherapy, which both the drug-funding agency Pharmac and medical specialists acknowledge is ineffective.

How many people have advanced melanoma?

About 3000 New Zealanders a year develop melanoma, which is the most deadly type of skin cancer, and about 350 die from it.

What is the biggest cancer killer?

Lung cancer accounts for most deaths from cancer (almost 20 percent), followed by colorectal or bowel cancer, then breast and prostate cancers, according to Health Ministry's 2011 data. Bowel cancer was the most common cancer in terms of registrations, followed by prostate, breast and melanoma.

How many people are buying Keytruda privately?

Medical specialists estimate 20 to 30 people are paying for the drug themselves, at a cost of about $200,000 to $250,000 a year. It's estimated about 200 to 300 patients with advanced melanoma may benefit from the drug if it were funded.

Why won't Pharmac fund it?

Pharmac is assessing an application to fund Keytruda. Its expert PTAC committee has recommended it be funded, but with a low priority. Pharmac says the cost is excessive and evidence of measured benefits from clinical trials is not clear yet. Pharmac has also said it is in talks with Merck and BMS about the new immunotherapy drugs. Pharmac says it's effective in one third of patients and that two thirds do not benefit, but this is disputed by cancer specialists who say Keytruda causes major shrinkage of tumours in one third of patients, but a further third also get some shrinkage of their tumours.

The incoming National-led government went around Pharmac over funding of 12 months' of Herceptin (in addition to the then funded nine weeks). It did this by instructing the Health Ministry to fund Herceptin for 12-month courses of treatment. It was able to do that because Pharmac did not at that time (2007-8) control the purchase of hospital cancer drugs. It does now, so that would be more difficult.

Yes, it is a Crown entity accountable to the public through Parliament and the Minister of Health.