The Environmental Defence Society says it is suspicious of the Act Party's motives behind its proposal to sell Crown-owned farms to establish a conservation trust. 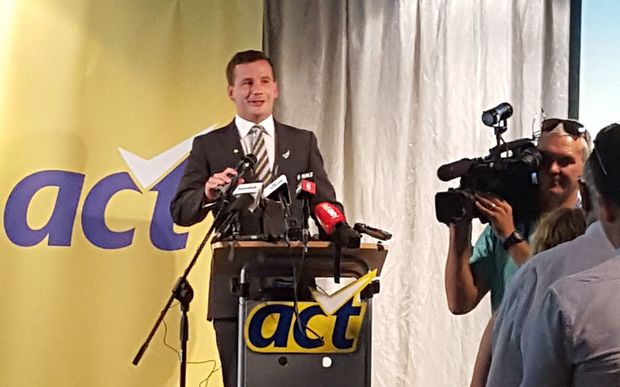 The move to sell Landcorp's 140 farms and use the money to establish a Sanctuary Trust was announced at the party's annual conference yesterday.

The money raised from the sell-off would go to a trust which would distribute funds to applicants wishing to operate the sanctuaries.

The society's chief executive Gary Taylor said it was an interesting idea.

"One has to be a bit suspicious of course, coming that it is from Act, which has never shown any particular environmental interest before and it's probably driven as much by their desire for asset sales as anything else, but on the face of it it's interesting."

Act MP David Seymour said ideally there would be a native wildlife sanctuary in every town. He likened it to what the party had done with charter schools - "invite social entrepreneurship, measure performance according to agreed targets, and get out of the way".

"We're not talking about converting the actual Landcorp farms, we just want to get the cash out because it's a stupid thing for the government to own in the first place," Mr Seymour said.

Landcorp Farming owns or leases 376,942 hectares of land. As one of the country's largest agricultural businesses it operates 140 farms and 1.6 million stock.

It also manages large sheep, beef, deer and dairy farms for other individual and corporate owners.