A paediatrician is urging the government to do more to curb the growing number of children developing bronchiectasis, a lung disease that can be fatal if not treated early enough. 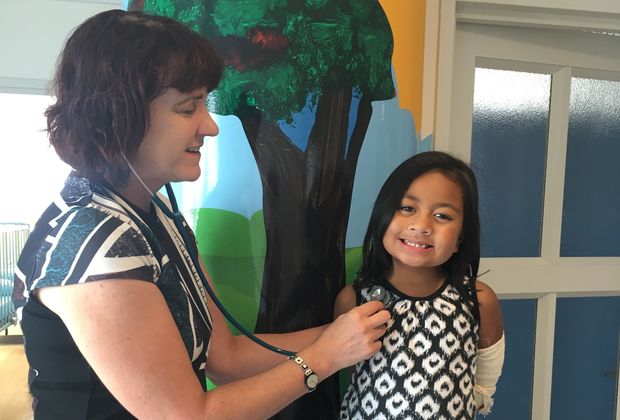 Catherine Byrnes, a specialist at Auckland's Starship Children's Hospital, is warning a lack of awareness means the disease is killing more people than ever, with Māori and Pasifika particularly vulnerable.

Bronchiectasis affects an estimated 4226 people in New Zealand, and the number of people dying from it each year has doubled in the last decade to 84.

Dr Byrnes said, untreated, it led to a build-up of mucus and scarring in the lungs, with a lung transplant carried out as a last resort to save patients.

She used to refer one child every three years or so for a transplant, and it was considered a very rare occurrence, but that had changed, she said.

"In the last year, I've referred three children for assessment for lung transplant, which would be unheard of in virtually any other clinic around the world, so it's very severe here by the time we're picking them up... 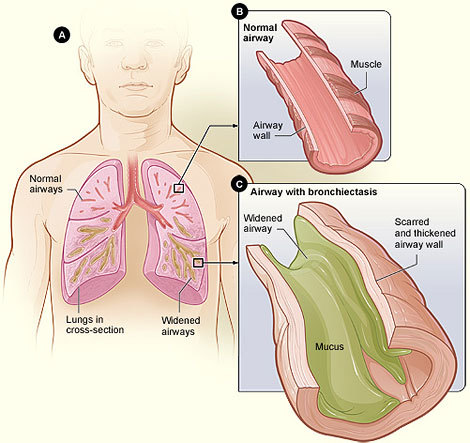 Bronchiectasis, which can be fatal, causes scarring and thickening in the lungs. Photo: SUPPLIED

Bronchiectasis was previously thought to be incurable - but Dr Byrnes said a study comparing the CT scans of patients aged under 18 over time showed some cases could improve.

That proved the need for early intervention, she said.

"In our study, we could show that in over a third [of cases], their disease had improved. In a third, it had not progressed.

"This is astonishing news and we really should make the most of that, that is get in early and get these kids on treatment.

"We could potentially turn a child, instead of looking at a life of respiratory ill health, virtually back to normal if we could get these kids early enough."

Jarvis Leaoseve, who has bronchiectasis, heads to hospital many times a year, sometimes having to stay two weeks at a time. 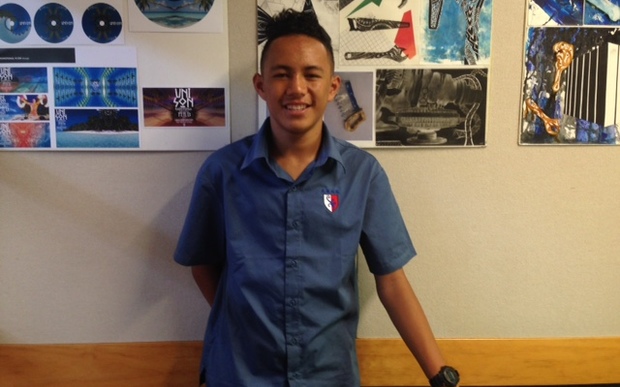 The 13-year-old student said he thought primary school staff needed to be trained up to spot potential symptoms so children had a better chance of being diagnosed early.

The disease has had a big impact on his life, he said.

"You always have to go in hospital for two weeks and sometimes you can't keep up with other kids.

"Sometimes I get chest pain, like if I don't do my physio. Once my chest starts to hurt, I have to stay in [hospital] for two weeks." 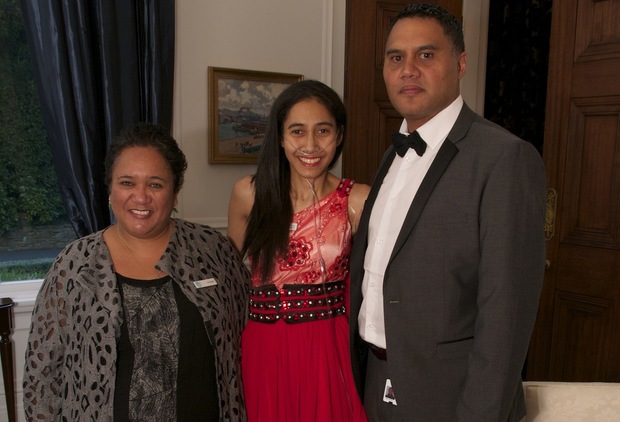 Bronchiectasis Foundation chair Camron Muriwai said the inspiration to establish the organisation was his daughter, Esther-Jordan, who wanted to increase awareness of bronchiectasis before she died of it at just 24.

The disease and hospital stays gradually took over her life, Mr Muriwai said.

There was an urgent need for the government to provide more resources to help doctors diagnose children with the disease much earlier, he said.

"If they're presenting with things, we need to begin treatment and management so that we can reduce scarring and damage to the lungs, and time is lapsing.

"We need to close the gap between [then and] the diagnosis and make that period of time much shorter."

Dr Byrnes said symptoms among children were often not recognised, as they would have a "wet" cough but could not cough up the mucus like adults did.

The Ministry of Health needed to provide doctors with more education about diagnosis and testing, she said.

A spokesman for the ministry, Dr Pat Tuohy, said in a statement it recognised the serious implications of bronchiectasis, including the long-term dangers of scarring of the lungs, particularly in children.

However, the ministry and government were not the training bodies for GPs and specialists.

"That is the responsibility of universities, colleges and, ultimately, the individual doctor," he said.

"Bronchiectasis is often a consequence of recurrent poorly treated lung infections, so it is important that general practitioners, in particular, remain vigilant for chronic moist cough in children and treat and refer as appropriate."

The underlying causes of a chronic cough in children were often found in their environment, and as such health authorities were focussed on smoking cessation, housing improvement and immunisation programmes, Dr Tuohy said.