Rowers hoping to compete at the Rio Olympics in August are at Karapiro this week for the New Zealand Rowing Championships. 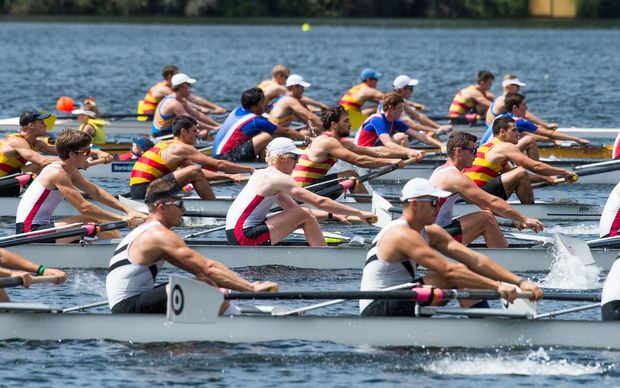 Rowers on Lake Karapiro on the first day of the 2016 championships. Photo: PHOTOSPORT

More than 800 of the country's best rowers are competing for their clubs, and many also have an eye on a place in the Rio team and the chance to represent the country.

Organising the championships involves getting the rowers out on the water in 72 events over five days .

"There are not many sporting events have that happening at the exact same time, so a brand-new rower can line up in a race just prior to Mahe Drysdale, possibly one of their heroes."

"We've got a really really good culture at the moment where each person has different strengths and contributes to the boat in different ways," said coxswain, Francie Turner. "It's the harmony of bringing those strengths together that actually made our eight go so well last year." 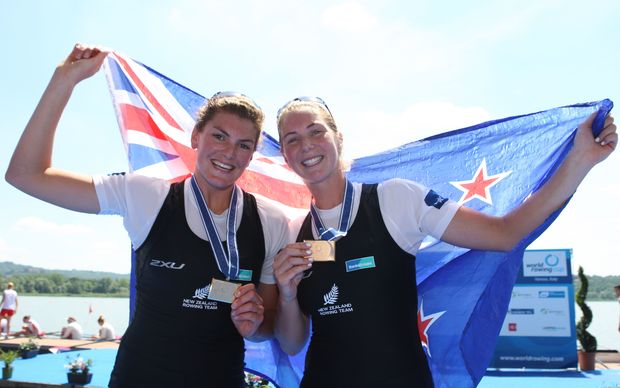 Zoe Stevenson and Eve Macfarlane are in the double-sculls.

Stevenson said it was great to be part of the buzz around Rowing New Zealand at the moment.

"We have got so many crews going so well. and obviously you are happy for everyone else and you learn off everyone else.

"It is a really good atmosphere to be in when you are improving and you are moving forward."

Eric Murray has been a stalwart of New Zealand rowing for a number of years, with many world championship wins and a gold medal from the London Olympics under his belt, along with pairs buddy Hamish Bond.

Murray said their already intensive training ramps up another notch in an Olympic year, to try to get that little bit extra speed.

"I'm talking half a second over two kilometres, 6 minutes 20. Those are the type of margins, you know, it is point something of a percent.

"We can't find another percent or anything like that because we are already up at that level" he said.

Rowing New Zealand high performance director Alan Cotter is closely watching each race at the national champs and is happy with progress towards Rio.

"We have had a really good summer period , the athletes and coaches have done the hard yards and there is a positive feel about the place and some of the Ergs [indoor rowing] testing, a lot of personal bests [from the rowers], so it is exciting coming into the trials in a weeks time."

The final New Zealand team to go to Rio will be named on 4 March. Rowing New Zealand hopes to have teams in all 14 events at the Olympic Games and it aiming for a haul of at least five medals in Rio.