Places in the elite national squads are up for grabs at the New Zealand Rowing Championships which have begun on Lake Karapiro. 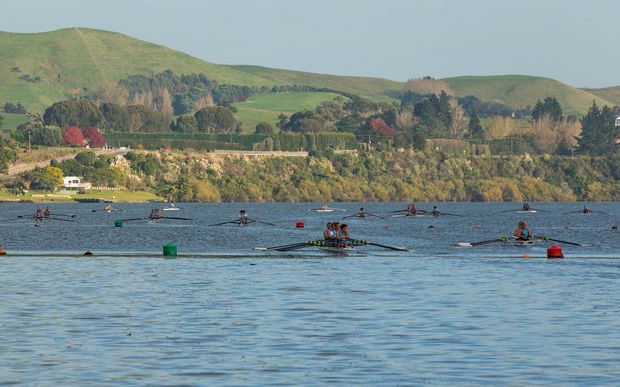 This year's championships will have 874 rowers representing 49 organisations in 72 boat classes.

Heats and repechages occupy the first three days of the championships, and finals are split over Thursday, Friday and Saturday.

There will be a host of New Zealand's top athletes including elite and under-23 world champions, which will highlight the New Zealand Rowing Championships regatta. New Zealand's top rowers will compete in the Premier, Under-22 and Under-20 grades representing their Regional Performance Centres (RPCs).

Rowing New Zealand selectors are expecting some world-class performances at this regatta across all the boat classes.

The championships provide selectors the opportunity to identify future talent in New Zealand rowing. At the conclusion of the championships selectors will name rowers who are invited to trial for the elite and under-23 team.

"This is a huge year for Rowing New Zealand as the Olympic Games are the pinnacle of our sport. We have already qualified nine crews for Rio and are excited about their prospects," Rowing New Zealand High Performance Director Alan Cotter said.

"This will be the largest New Zealand Olympic rowing team to date with the possibility of more crews qualifying at the final Olympic qualification regatta in May. The national championships provides selectors with a final opportunity to spot talented rowers for the elite and under-23 trials."

Rowing New Zealand plans to take qualified crews to the upcoming World Cup events in Lucerne, Switzerland and Poznan, Poland and following that, the Rio Olympic Games from 6 - 14 August in Brazil.

A number of New Zealand crews will attempt to qualify at the final Olympic Qualification Regatta in Lucerne from 22-25 May.