The government has given in to business interests and broken its promise to workers to outlaw zero-hour contracts, the Public Service Association says. 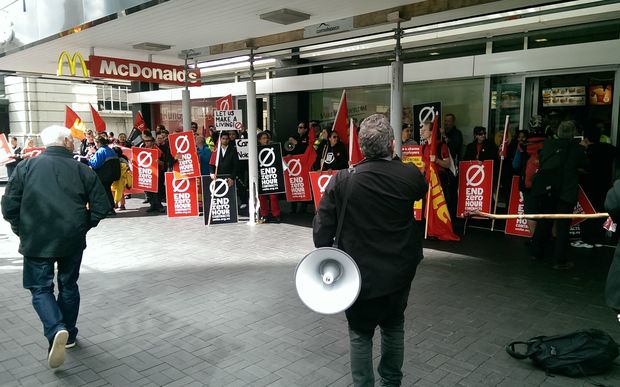 The union's head, Glenn Barclay, said he was disappointed National MPs on the Transport and Industrial Relations select committee refused to back legislative changes which would ban so-called "availability provisions" in contracts.

The provisions mean staff can be required to be available for work at all times without any guarantee of minimum hours or income.

But Workplace Relations minister Michael Woodhouse said availability provisions were not the same as zero hour contracts because workers can refuse to be available for work if they do not receive compensation.

The Transport and Industrial Relations select committee have reported back with its recommended changes to the Employment Standards Legislation Bill.

Zero hour contracts required employees to be available for work, but without any guarantee of work, and with no compensation for their time.

"And the thing is employers came to select committee and they told us they don't need zero hour contracts.

He said employers told the committee as long as they had permanent, casual and fixed term agreements they didn't need them.

The government defended the legislation and said it did not enable zero hour contracts.

He said Labour was opposing a good law only because it was the government trying to put it through.

"They did it with the TPPA, they campaigned on having a referendum on the flag, they opposed those things just because it's us, and I think they are doing that with this bill as well."