Posties may start picking up parcels from people's homes, as well as delivering mail, as part of a revamp announced by New Zealand Post. 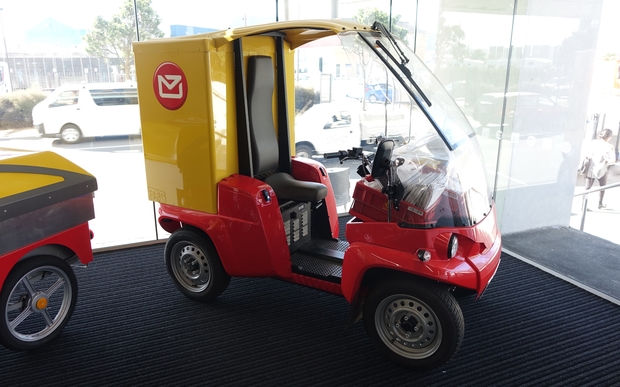 The Paxster - the new vehicle for most posties, who will be expected to start picking up parcels from homes. Photo: RNZ / Max Towle

The state-owned enterprise said posties would soon travel around in small vehicles which resembled golf buggies, with the trunk space to carry up to 200kg.

As well as delivering everyday mail, they would also do door-to-door parcel delivery.

Chief operating officer of service delivery Ashley Smout said it was part of a plan to strengthen the company's place in the growing, and fiercely competitive, courier business.

"We see in the future the ability for posties to not only drop off parcels but also collect them from people to make it as convenient as possible," he said.

"With the decline in mail, we're losing something like $30 million a year in revenue so we have to do something."

In just the past six months, 30 million fewer letters were sent, as bills, statements and messages are being increasingly sent online.

The first 50 eco-friendly Paxsters were due to arrive from their Norwegian manufacturer in mid-2016. Hundreds more would be ordered at a cost of $15 million, Mr Smout said. 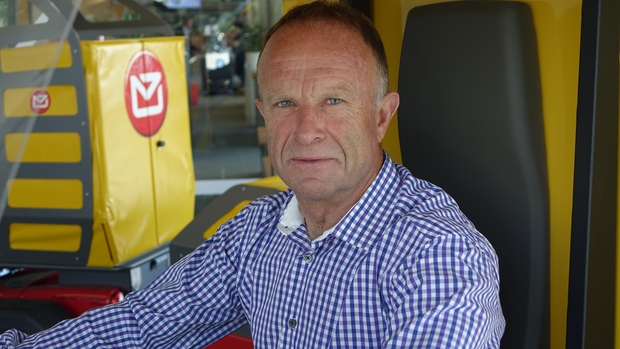 Posties' rosters are also in line for a change.

"We're working closely with the unions on what the postie job of the future might look like and we're all very keen to get the right work/life balance," said Mr Smout.

"Today, posties work six days a week and it has become quite a tough, physical job, so we're trying to get them to four days on one week, five the next and out on these more comfortable vehicles."

E Tū spokesperson Joe Gallagher said the union was still negotiating the rosters but he supported most of the changes.

"These are challenging and uncertain times. What we need to do is work as hard as we can to keep as many jobs as possible as New Zealand Post repositions itself as a parcel and logistics business," he said.

Ann Jones, who works as a postie in New Plymouth, said she would actually miss the service's push-bikes as they allowed her to get more exercise.

She was one of the first to trial the new buggies, which are called Paxsters, last year.

People's main reaction was curiosity - until she took to the road and battled some road rage.

"People were getting a little bit upset because the vehicles can only go 45km/h along the road, everyone wants to go faster than 50km/h."

With the trial now completed, New Zealand Post said the buggies would keep to the footpath and give way to pedestrians.

There would still be a few posties left on bikes and on foot in areas where the buggies were not suitable, and some courier vans would still be used in the central city.

Nevertheless, Ms Jones said, it was the biggest change she has seen at New Zealand Post in the 20 years she had worked there.