New Zealand Post has begun putting their new electric vehicles through their paces in a full operational trial in New Plymouth. 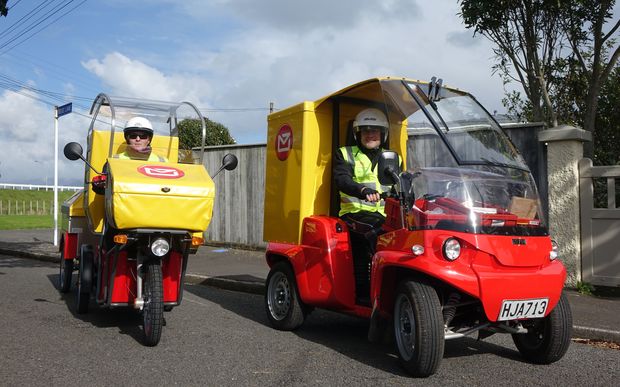 About 20 vehicles worth up to $20,000 each are involved in the Taranaki pilot where the delivery of letters and parcels will be combined.

"I think you'll see more of these around New Zealand as parcel volumes increase and it enables us to be the most competitive parcel delivery business in the country," Mr Smout said

The vehicles can carry up to 300 kilograms and will drive on the footpath, where they will be restricted to 10km/h.

"We had to talk to all the councils both nationally and locally about that but we got a lot of support," Mr Smout said.

"Certainly the first issue is that we have to make sure the public is safe, but the vehicles will operate at something like 10kmh and the drivers will be trained to look out for pedestrians." 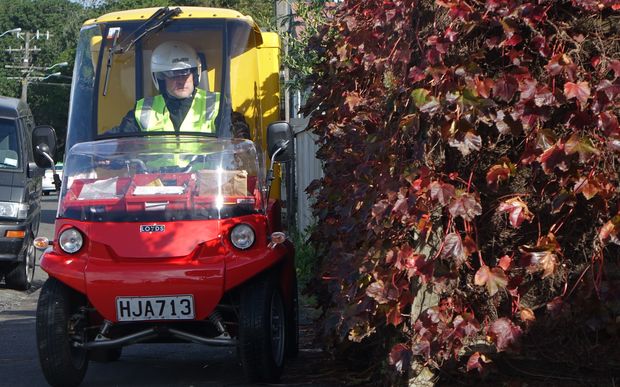 In New Plymouth, NZ Post was trialling a three-wheeled Kyburz, which as a range of about 40km, and the four-wheeled Paxster that needs to be recharged after about 60km, both vehicles have an top speed of 45kmh.

The introduction of the vehicles is part of a wider restructure at NZ Post that will see 2000 jobs go over five years - including 400 posties.

Conventional mail will also be delivered every second day from July.

New Plymouth postie Spencer Salt was philosophical about the changes.

"Something needs to happen because mail volumes have been dropping year-on-year for quite a while now and if we don't address it right away and wait five years who knows what state we'll be in."

Mr Salt said no one had been made redundant at New Plymouth yet but they were still going through the consultation process.

"We've got our fingers crossed."

Engineering Printing Manufacturing Union organiser Jan Natoli said the consultation process in New Plymouth had been robust and staff had been involved in the process.

"Most of the posties here are optimistic about the future," Ms Natoli said. 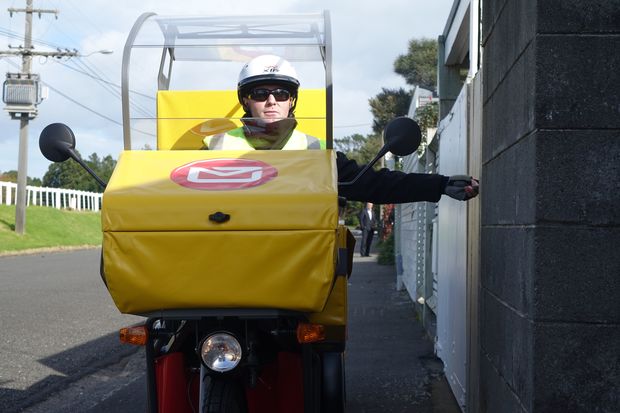 Business improvement specialist at NZ Post and former postie, Chris Lake, said most posties were excited about the introduction of the vehicles, but he admitted some were going to miss the free workout that came with the job.

"Yeah, they'll definitely miss a bit of the exercise, even when we introduced the electric assist bikes some of the posties complained they put on a couple of kilos."

NZ Post expects to roll the electric vehicles out around the country next year.