Chief Justice Dame Sian Elias and her businessman husband Hugh Fletcher have been given a let-off after cattle they owned were seen wading in a high country Canterbury lake. 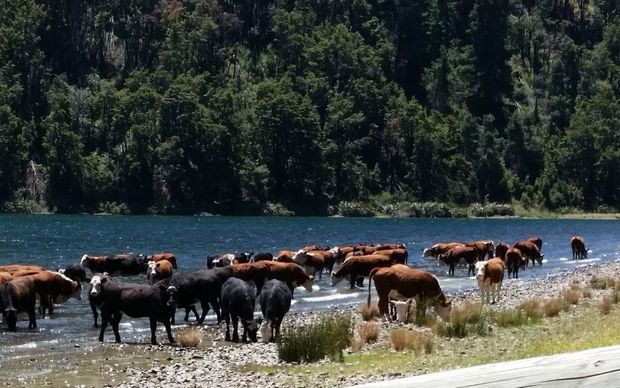 Environment Canterbury (ECan) said the impact on the environment was minor and the decision would have been the same if the couple who owned Lakes Station had not been well-known.

The incident on the high country farm was brought to the attention of ECan after campers photographed the cattle in Lake Taylor.

In a statement, council's monitoring and compliance manager Marty Mortiaux said its investigation found no evidence of faecal matter in the lake - just a few cowpats on the shore.

Mr Mortiaux said the owners had been warned but not fined.

The environmental impact had been minor and it was irrelevant who owned the farm, the statement said.

Mr Fletcher told RNZ last month that although Lake Taylor was fenced off from his cattle, he occasionally let them into the lake for a drink on hot days.

Fish & Game spokesman Don Rood said ECan should be actively inspecting, enforcing and educating farmers, rather than relying on complaints from the public.

"It has to be done in a two-pronged way: One is education, and two is enforcement of the exisitng rules.

Now ECan's rules clearly state that cattle should not be standing in lakes, and if it happens then there's got to be consequences."

Fish & Game said at the time the photo of the cattle in the high country lake was a public relations disaster for the country's clean, green image.