AFFCO is threatening workers at its Rangiuru plant with disciplinary action if they refuse to work the Waitangi Day public holiday, the Meat Workers' Union says. 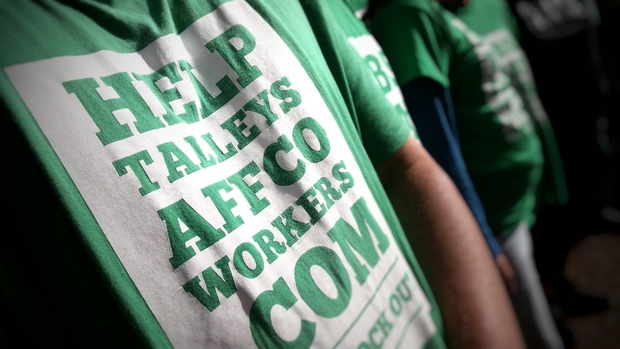 The union said AFFCO was a large employer of Maori in the North Island with 80 percent of the workers identifying as Maori.

Union organiser Darien Fenton said on Friday workers were given a letter saying a refusal to work could amount to an unlawful strike.

The letter said a refusal could also amount to serious misconduct, and the workers and union could be sued for damages.

"People are saying look we want to have a holiday, as we understand it our agreement says we can, and the Holidays Act says we can and we don't want to come to work tomorrow," she said.

Darien Fenton said despite efforts to contact the company, she had received a one-line email, saying the union cannot interfere with AFFCO's business through threats of illegal strikes.

Letter from AFFCO given to staff on Friday: 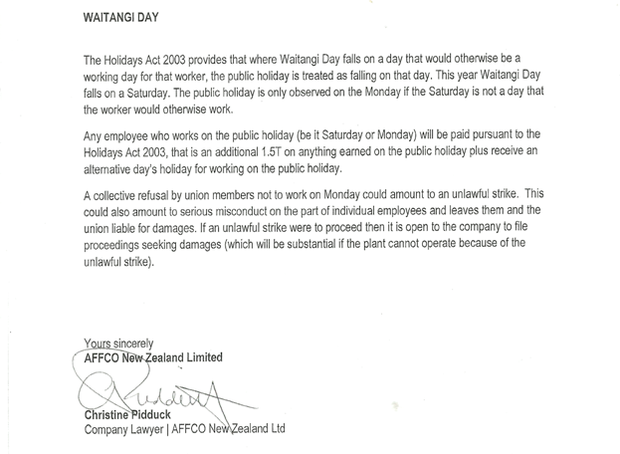 Response to AFFCO from the union's lawyer, Simon Mitchell:

According to law changes agreed by Parliament in 2013, where Waitangi Day falls on a Saturday, the holiday is observed on a Monday for workers who do not normally work weekends.

Ms Fenton said the company was one of the first to flaunt the first-ever Mondayising of Waitangi Day law.

"These actions by AFFCO Talley's have let down other employers who have worked hard to comply and left a sour note for Maori workers on this important holiday."