Workers at AFFCO's Wairoa plant are going back to court, saying they have been bullied since winning a major case against their employer.

The Employment Court, in a decision released on 18 November, found workers on collective contracts had been unlawfully locked out after refusing to sign individual agreements. 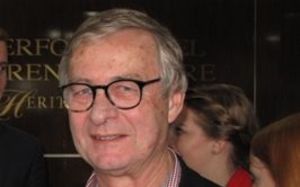 They were due to resume work this week.

It wanted a judge to set the terms and conditions of a collective agreement under a section of the Employment Relations Act that it said had never been used before.

The union's national secretary Graham Cooke said there had been a serious breach of good faith, and workers at a number of plants were being left distressed.

"I have never seen the likes of it and I have been involved in the meat industry since 1969. I have never seen such vicious retribution against the New Zealand Meat Workers Union, its members, whanau and communities."

AFFCO general manager Rowan Ogg said the company totally rejected the statements made by the union, saying it was making baseless accusations.

Mr Ogg said over 70 percent of workers were now on individual employment agreements, and this was growing daily.