A tricky earthquake off Whakatane that confused sensors, GeoNet and much of the North Island has shown up a glaring hole in the country's quake-spotting abilities. 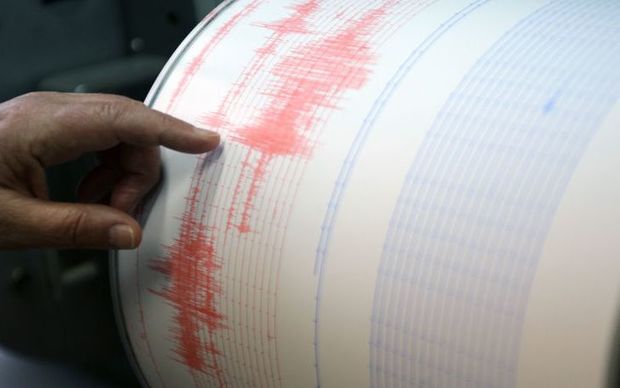 At 8.10am on Tuesday, Morning Report was told about a shake near Murupara. People then texted in about similar shaking in Dannevirke and "gentle rocking" in Gisborne, Napier and Paraparaumu.

The quake swarm wasn't real but GeoNet's algorithm did not know that, and it set about calculating and posting all the details online.

"[When] the first severe ghost quake happened, I got a page straight away - and straight away, I realised something was wrong. Either New Zealand was doomed 'cause we were getting all these quite decent magnitude earthquakes all across New Zealand, or there was something wrong with the system."

Dr Holden concluded it was the system and set about squashing the alerts GeoNet's app had sent to thousands of people. 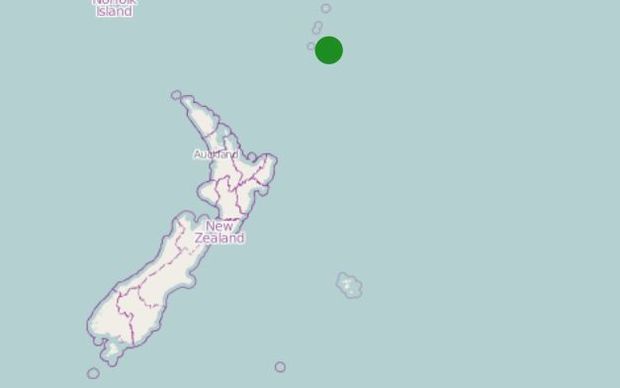 A graphic provided by GeoNet shows the location of Tuesday's magnitude 6.6 earthquake, which struck about 850km offshore at a depth of 370km. Graphic: GeoNet

Quakes off the Kermadecs occasionally set off such ghost quakes, she said, and it was not a case of GeoNet's app not being up to it.

"There's no problem with the app and actually the app is really important."

But what about its alerts - and would the best sensors in the world, say in America or those made by the French, have got confused?

"Yes, especially with a configuration like New Zealand - you have two very long and very narrow islands," Dr Holden said. "We have a beautiful network of seismic instruments and there's a lot of stations, but they are all on land. That's one of the major drawbacks of New Zealand.

People would be safer if there was a network of offshore sensors - not so much for tsunami alerts, as the Pacific Tsunami Warning Centre gave those, but for drawing a bead on what was happening in dangerous offshore faults.

The US and Canada have such networks but New Zealand is a long way from getting one. Sensors cost $150,000 each and a network might need 100 of them - with the huge cost of laying and maintaining them added to that.

This country's main hopes rest on Texas and Japan. In the latter, the 2011 Tohuku megathrust that wrecked the Fukushima nuclear power plant spurred Tokyo to commit more than $700 million to expanding its until-then rudimentary offshore network.

Tokyo seismologist Kimihiro Mochizuki has been helping with that.

"The purpose of our network offshore is to detect earthquakes as soon as possible," he said.

"Most of earthquakes occur in the offshore area so if we have seismic networks offshore then we can detect P-waves' [fast-moving but less destructive quake waves] arrival sooner than the seismic networks onshore. So if New Zealand has such kind of systems offshore, institutions can issue a kind of warning to the people."

The associate professor was also helping here - his team has been planting temporary seisometers off Gisborne, one of the world's great spots for getting offshore quake data.

These only gave up their secrets once fished up but the data, shared with GNS, was slowly building a case for a budget for action on the seabed.

"We need to understand the earthquake distributions offshore. That would help design the network," he said.

In Texas, meanwhile, GNS geophysicist Laura Wallace has been leading a push for funding for an international project to drill into tectonic plates off New Zealand.

Separate drilling off Gisborne as early as 2018 could see the first permanent seisometers put in, with a cable to the mainland - although that was not yet a done deal.