A man who was jailed in Myanmar for insulting the Buddhist faith has arrived home in Wellington after being released early under a presidential amnesty. 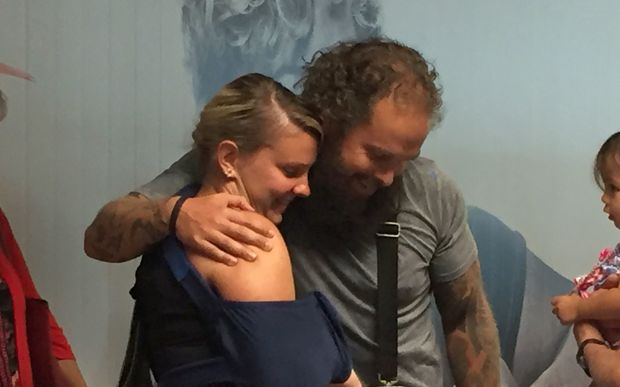 Philip Blackwood was sentenced to two-and-a-half years' prison with hard labour last March for using an image of Buddha to promote a cheap drinks night at the bar he managed in Yangon.

Mr Blackwood landed in Wellington at about 5.30pm today and was greeted by his parents, Brian and Angela Blackwood, his wife and child, and his sister.

The first thing he said was "It's good to be home aye", as he hugged them all.

He then spoke about plans for a barbeque tonight with his family and said that thinking of them got him through his time in jail.

"I slept on a wooden pellet for 13 months and every night when I went to sleep I never wished for a softer bed, I just wished for my family to be in it."