New information from a flood of calls about the killing of Auckland teenager Tracey Ann Patient 40 years ago is being analysed, police say. 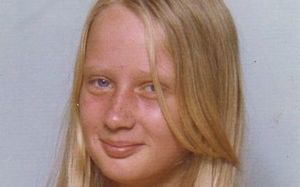 The 13-year-old was last seen walking home from a friend's house in January 1976 and her strangled body was found the next morning in bush.

The police re-opened the investigation full-time in November, saying they had got fresh leads on the case, and went public about it yesterday.

Detective Inspector John Sutton said they had 64 phone calls by 10pm, and they were going through that information and prioritising it.

There had been a variety of new information, some of it linked to previous clues, he said.

"Other people nominating potential people of interest that they think may have been acting suspicious, or just believe that they may have some information that could lead to us identifying who killed Tracey."

Mr Sutton said, as well as calls, they had received an email from the US, which indicated very wide interest in solving the case. Some of those who had been in contact had never before called the police but said they had been thinking about the case for decades, he said.