Police have been flooded with calls after news that the 40-year-old investigation into the killing of 13-year-old girl Tracey Ann Patient has been re-opened.

The teenager was last seen walking home from a friend's house on 29 January 1976 and her strangled body was found the next morning in bush in west Auckland.

Police revealed today they had had eight staff working on the case since November, after receiving fresh leads.

Mr Sutton said anyone who thought they might have information - no matter what it was - should get in touch.

"Each call we've had is telling us something that we are interested in, and that what I would say to people out there - anything that you think may be able to assist us, we're happy to listen and we'll decide if it's relevant or not. So any information, we really want them to ring us."

The police believed they had a good chance of finally solving the case, he said.

On the night she was killed, Tracey had gone to a friend's house in Chilcott Road, Henderson, and was due back home in Dellwood Avenue at 9.30pm.

Her friend walked her half-way home and they parted at the intersection of Great North Road and Edmonton Road about 9.30pm. 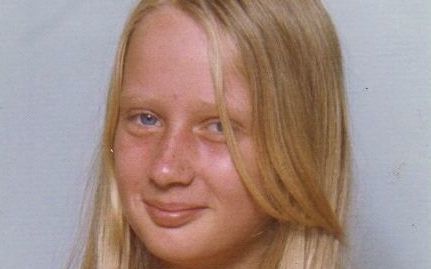 The following morning, a man walking his dog found her body in a bush area on Scenic Drive. She had been strangled with a stocking and her body discarded just metres into the bush area.

A large-scale investigation was launched and over the following months police looked at hundreds of persons of interest.

Twenty-two months after the murder, in November 1978, police received an anonymous phone call saying a signet ring Tracey owned was in a rubbish bin outside a chemist in Avondale.

The caller gave the calltaker the number "126040" and said he would call back later. 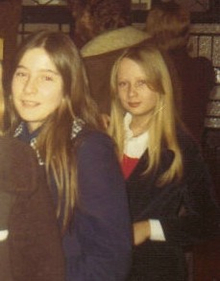 Officers went to the rubbish bin and found a ring inside, which is believed to have been the ring Tracey was wearing when she went missing and had been given to her by a boyfriend.

Despite more than 850 persons of interest being profiled over the 40 years, no-one has been identified and charged.

Police said they had continued to receive hundreds of pieces of information about the case, including theories around the "126040" number and nominations of persons of interest.

Since November last year, a team of eight investigators based at Waitakere Police Station have been working full time on the case.

Mr Sutton said despite 40 years having passed, "someone out there knows who did this."

Over the past three months police had made inquiries with a number of people as far away as Australia.

"Tracey was stolen from her family and I am sure there's someone out there with information, even though it's 40 years on, that will just be able to assist us to take it to the next step."

Tracey's older sister Debbie has spoken on camera for the fist time, in a film to help police with their public appeal.

A former detective who worked on the original investigation, Graham Bell, says the number of investigators involved signified a high level of interest.

"Eight detectives is a lot to assign to and old investigation so I'm very, very encouraged by that."

Mr Bell said he and the other investigators who worked on the original case would be delighted if it could finally be solved.

Waitemata police appealed for anyone with information on the case to call 0800 000 111.