British adventurer Henry Worsley has died while attempting to become the first person to cross the Antarctic unsupported. 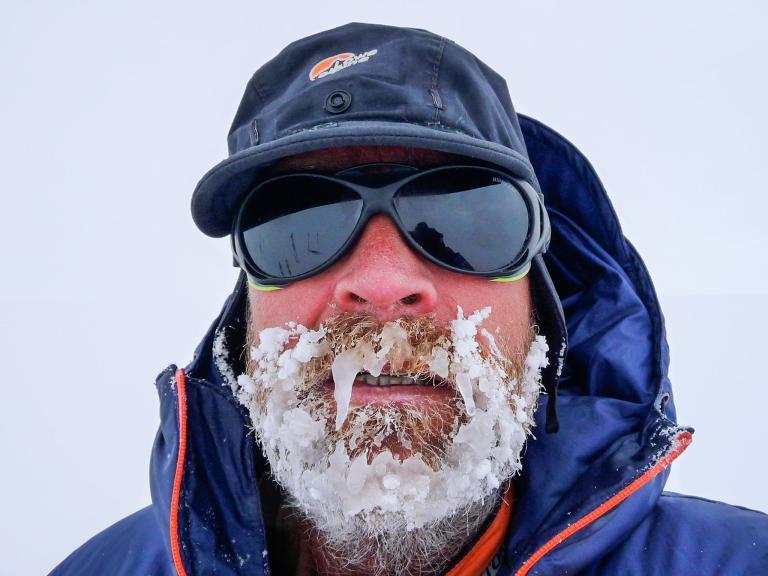 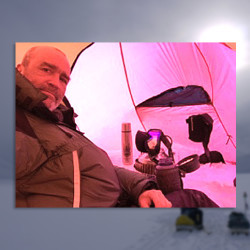 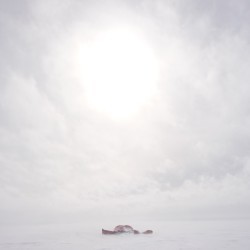 Tent in white out conditions 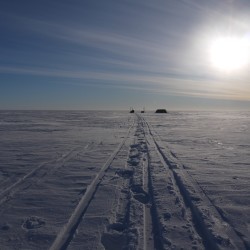 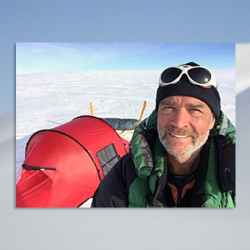 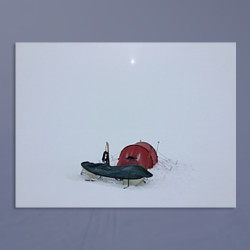 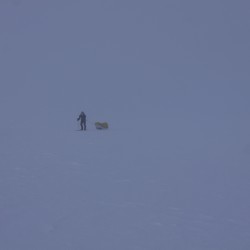 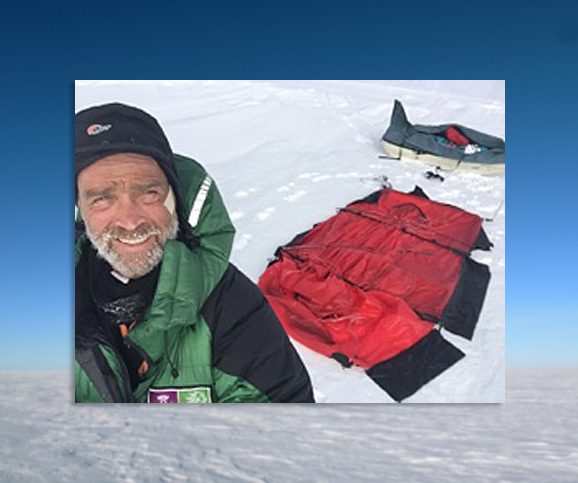 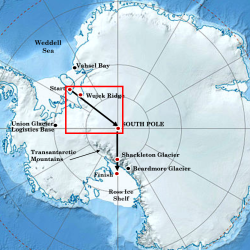 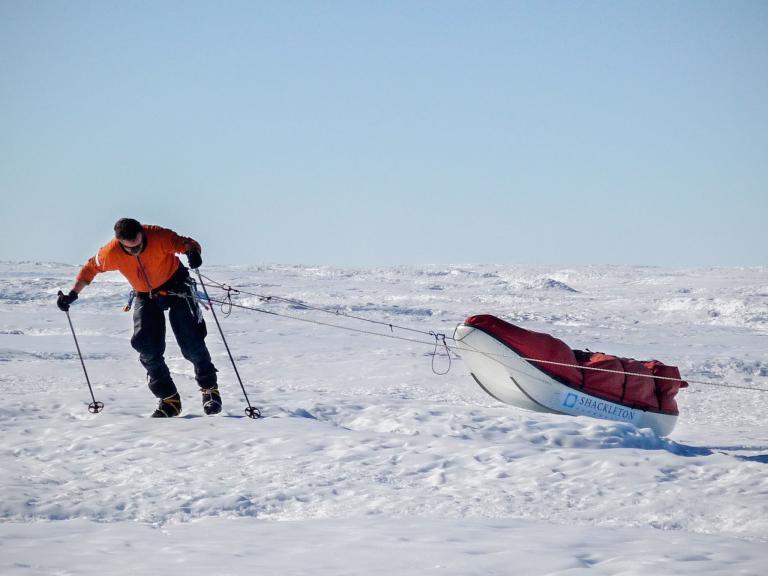 Mr Worsley, 55, was 71 days into his trek and just a few days away from completing it when he sent a message saying his physical endurance had run out.

His wife Joanna said he was taken to Chile for medical treatment but died of organ failure. He had been rescued less than 50km shy of his goal.

In his final audio message sent from Antarctica on Friday he said: "My summit is just out of reach."

In that last broadcast he told supporters: "When my hero, Ernest Shackleton, was 97 miles from the South Pole on the morning of January the 9th 1909, he said he'd shot his bolt.

"Well today I have to inform you with some sadness that I too have shot my bolt."

Mr Worsley said his journey had ended because he did not have the ability to "slide one ski in front of the other".

"I will lick my wounds, they will heal over time and I will come to terms with the disappointment," he added.

The former army officer was a descendant of the New Zealander Frank Worsley who captained Ernest Shackleton's expedition ship Endurance.

During the 71 days he walked, Mr Worlsey had covered more than 1400km, through blizzards and in temperatures as low as minus 44°C.

Henry Worsley spoke to Nine to Noon last month, when he was 151 miles (243km) from the South Pole.

He spoke of walking that day through a white out, a "complete meshing" of low cloud and snow which made it impossible to to see anything.

He was alone on the trek but not lonely, he said. "I've always wanted during the other [Antarctic treks] to do a solo journey. I want to be the master of my own fate.

He found it "quite easy" to be alone on the trek and there were only a few occasions when he missed companions.

"I suppose the times I'd have really liked company would have been on the really tough days when things weren't going well or we'd done very low mileage or the surface was terrible. And it would just be to share that, laugh about it, see if the other person was feeling the same."

While he was walking his mind would wander; he would think about anything from what he would eat that night to how he would structure a lecture about the journey, or reminiscing about family holidays.

"The mind is very powerful, and you've got to do these journeys with a very strong database of places to go to in your mind to take you away from the mundane struggle of the daily grind."

The ReMark Group, which was supporting Mr Worsley's effort, said in a statement: "When Henry was picked up by Antarctic Logistics and Expeditions (ALE), he was suffering from exhaustion and dehydration.

"He was flown to a hospital in Punta Arenas [in Chile] where he was found to have bacterial peritonitis.

"This resulted in Henry undergoing surgery but in spite of all the efforts of ALE and medical staff, he succumbed." 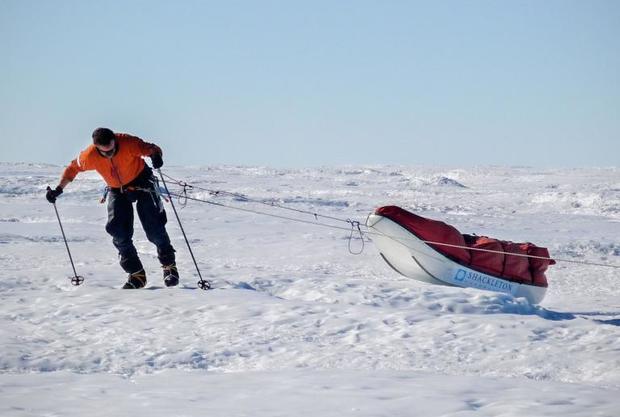 Fellow polar adventurer Lou Rudd completed an 800km Antarctic trek with Henry Worsley four years ago and said he knew the risks he was taking.

"It's an extreme journey," Mr Rudd told Morning Report. It is one of the most inhospitable places on the planet, with temperatures down to -40°C, and Mr Worsley was hauling gear weighing more than 150kg for 10-13 hours a day.

He said Mr Worsley was a passionate man who had been inspired by the early polar expeditions.

In 2008/9, Mr Worsley led an expedition to commemorate the centenary of Shackleton's Nimrod journey, which pioneered a route through the Transantarctic Mountains to a point just 156km short of the South Pole.

In Britain, Prince William led the tributes to Mr Worsley, who was raising money for the Endeavour Fund, a charity which helps wounded servicemen and women and is managed by the Royal Foundation of the Duke and Duchess of Cambridge and Prince Harry.

The duke, who was patron of the expedition, said he and Prince Harry had lost a friend, as he paid tribute to Mr Worsley's "selfless commitment" to fellow soldiers.

"He was a man who showed great courage and determination and we are incredibly proud to be associated with him," he said.

The princes pledged to ensure Mr Worsley's family, which includes his two children, Max, 21, and Alicia, 19, received the support needed "at this terribly difficult time".

The plan was to cross the continent "unassisted and unsupported" - with no supply drops or help from dogs or any other source.

The first solo and unsupported crossing of the continent was achieved by Norwegian Borge Ousland in 1997. But Mr Worsley's record attempt differed as Mr Ousland used a kite to help drag his supply sled.

British explorer Felicity Aston became the first woman to cross the Antarctic alone in January 2012 but she had supply drops.