It's set to be a white Christmas for one Antarctic explorer making his way across the continent this holiday season. 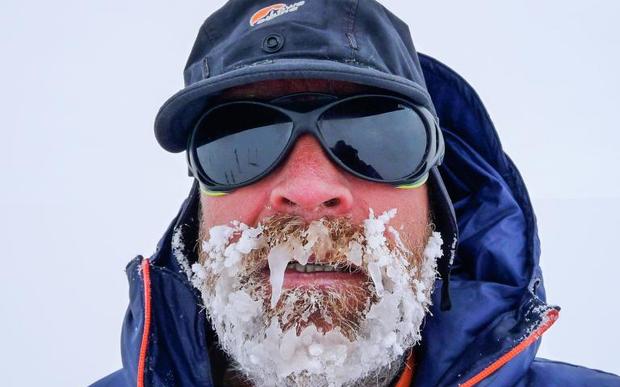 Henry Worsley is attempting something no one has ever managed before - to become the first person to cross the Antarctic continent alone, unsupported, and unassisted.

Many have traversed Antarctica before - but all have had the assistance from tractors, dogs or kites to pull their sleds, as well as food or fuel drops.

Mr Worsley has a sled full of gear weighing 150kg, but it is he who has to pull it through the snow and ice.

Mr Worsley, who is a retired British army officer, is undertaking the journey to raise at least $218,785 for the Endeavour Fund to help his wounded colleagues.

His fascination for the continent was inspired by one of his distant cousin, Frank Worsley who captained The Endurance on Sir Ernest Shackleton's ill-fated expedition.

Kathryn Ryan spoke with Mr Worsley in Antarctica via satellite phone, where he described the importance of the mind on his 80 day journey.

"You've got to do these journeys with a very strong database of places to go to in your mind to take you away from the mundane struggle of the daily grind."

The previous unsupported crossing was completed by a pair, but Mr Worsley said he always wanted to do the journey on his own.

"I want to be the master of my own fate and I don't want to rely on other people to share decisions with. I have found, actually, it really quite easy. I suppose the times I would've liked company would have been on the really tough days when things weren't going well, or we'd done really low milage or the surface was terrible, you know and it would just be to share that, laugh about it, see if the other person was feeling the same.

"And I suppose I sort of miss the chit-chat in the tent in the evenings, but apart from that I'm alone, but I'm not lonely."

Mr Worsley said it had been a disaster on the music front, with his head phones packing in several days ago.

However, he said he was getting used to the silent days.

Santa may have trouble finding him this Christmas, but he planned on celebrating with a cigar and whisky, Mr Worsley said. 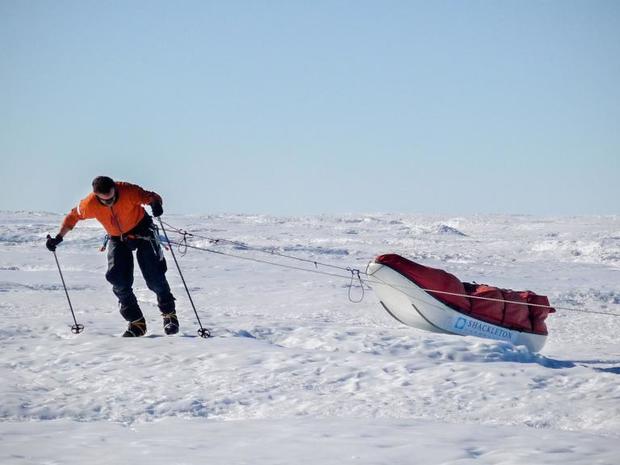