High school principals are divided over whether independent safety consultants are a solution to deal with anxieties about harsher regulations. 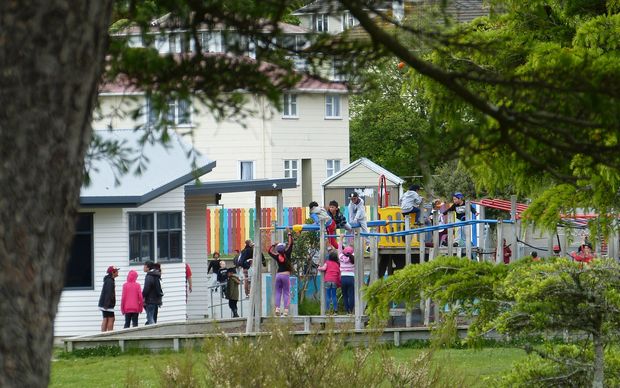 The Secondary School Principals' Association said schools have been inundated with calls from consultants over the last few months, telling them they "could go to jail" when the Health and Safety at Work Act 2015 kicks in on 4 April.

The bill will introduce a due diligence clause to safety laws, mean supervising roles in workplaces - such as school principals - will bear more responsibility when accidents happen.

They also face tougher penalties, which could include up to $600,000 in fines or five years in jail.

Papatoetoe High School principal Peter Gall said there had been a lot of nervousness about the new law change.

"People have been very quick to point out that principals are in the firing line, that they're liable under the new Act, and the penalties are very harsh.

"Understandably people are very anxious about that."

He said there had not been a lot of good information coming from the Ministry of Education about how to deal with the changes.

In its absence, Mr Gall said security firms have been exploiting that uncertainty.

"There's been a bit of scare-mongering going on I have to say.

"When people have rung me up, consultants saying we should have health and safety audits, I just say 'we'll wait and see'."

The calls have alarmed Worksafe New Zealand chief executive Gordon MacDonald, who said principals who already have a good health and safety system in place shouldn't be worried.

"Our position is that if people are doing the right thing now by the existing law the changes they need to make to cope with the new law are probably not that significant.

"But if people aren't complying with the new law, then this is a wake up call for them."

He said principals should be careful not to deal with consultants preying on their fears.

"It's just those sorts of people that we want people to be wary of, and not rush in blindly in seeking their services because they've been told there's dire consequences waiting for them."

Safety consulting firm Securo offers packages to schools, but said it was not calling people.

General manager Frank Taylor said he was aware that other firms had been using that tactic.

"We've heard stories that consultants and new companies are out there marketing this way.

"We haven't been marketing to them directly, we have taken a few calls from schools."

He said for many principals, it comes down to the issue of workload.

"Although the Ministry of Education has very comprehensive guidelines on their website, and the information is there, it still requires a senior manager to trawl through all of that and put it in place."

"It's very persuasive when a company says we can do all that for you."

A principal at John Paul College, Mr Walsh said he had been offered a deal himself, and would take it to his board of trustees at their next meeting.

He said health and safety was a particular concern for a large school like his.

"We have nearly 1200 students, and we have a very extensive education outside the classroom.

"We think our policy's robust and consistent with the new legislation, but I'm also thinking it's useful to have an independent pair of eyes to go over things."

He said principals did need to be careful about how much they spent on consultants, because ultimately that was money that could be spent on delivering learning programs in school.