Conservationists are fighting to save New Zealand's most threatened tree by using DNA profiling and cracking down on possum control. 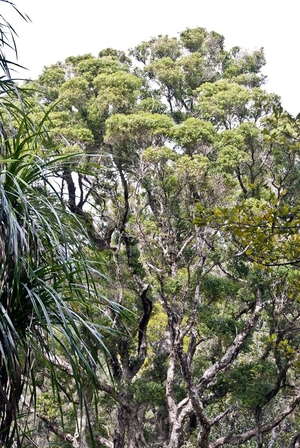 There are only 14 rātā moehau trees left in the wild, found at the top of North Island near Spirits Bay in the Unuwhao Forest and Te Paki.

Out of those, just five have the distinct genotypes needed for genetic diversity, which is crucial to its survival.

Mr de Lange said possum control and DNA testing of the trees there had been difficult because of treaty settlement complications with Ngāti Kuri and Te Aupouri.

"Unfortunately for many reasons possum control wasn't done to the levels that it should have been and a lot of the trees that were found there in 1991 and 1992 have been browsed to death."

DOC also had problems with the trees they were cultivating and re-introducing to the forest because they were technically 'inbred,' he said.

"Plants that were able to be managed on the public conservation land; the plants have grown up and been planted diectly back into the wild and initially they looked like they were doing really well.

"But four or five years later all of them, or most of them, had died or shrunk in size, and we now know that this is what we call 'inbreeding depression,' those plants are not genetically fit." 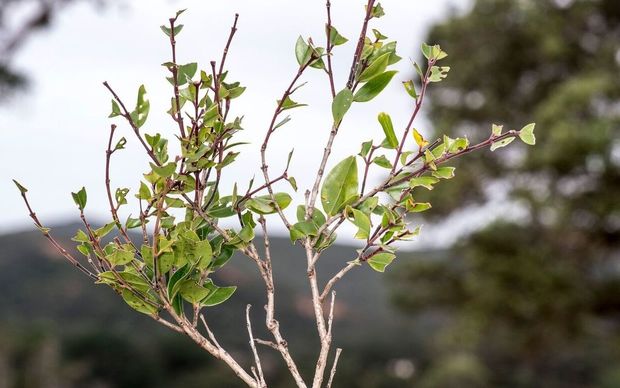 A branch on a Rātā moehau tree that has been damaged by possums Photo: Peter de Lange

The tree could not produce good seed if it bred with closely related trees and scientists were worried about the lack of genetic variation.

Gary Houliston, from Landcare Research's threatened species program, said people were typically reluctant to move native plants far from their usual location, but in this case it was essential for the tree's survival.

"We really just need to do what we can to get those plants numbers back up as quickly as possible.

"The mere fact that they're self-incompatible means they need to be near other plants that they aren't closely related to, or colonially similiar to, so they can actually reproduce."

Mr Houliston was hopeful that with increased possum management and more clever breeding it could be brought back from its threatened status.

Mr de Lange said the Te Paki area at the tip of Northland was a biodiversity hotspot that needs more attention to protect it from forest collapse and possum browse.

But he was feeling hopeful because DOC was now working closely with iwi, the Muriwhenua trust and Nga Whenua Rahui to protect the trees in the Unuwhao forest. 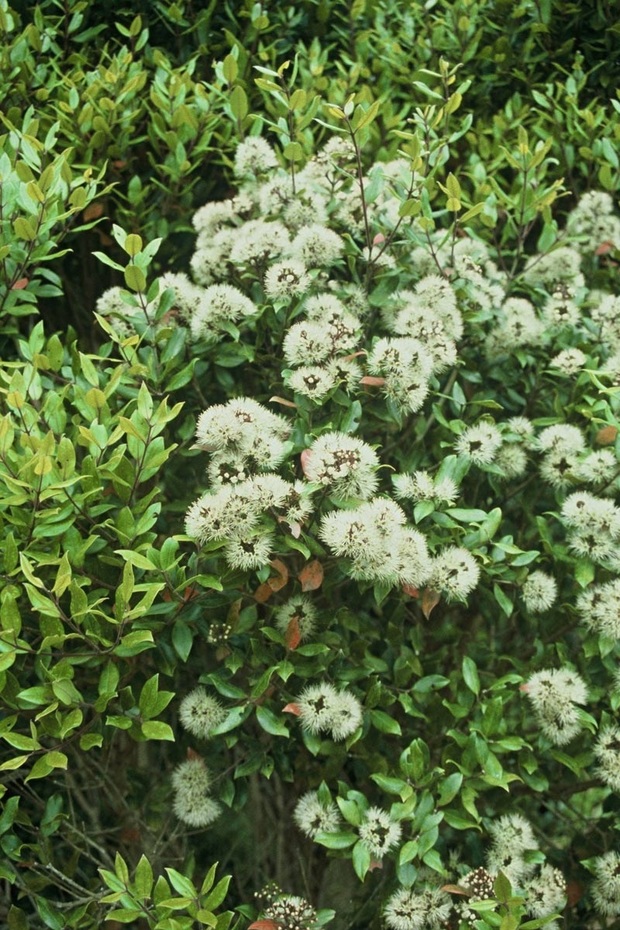