The body of a 17-year-old who was swept away in a rip off the coast of Whanganui on Christmas Day has been found, just north of where he went missing. 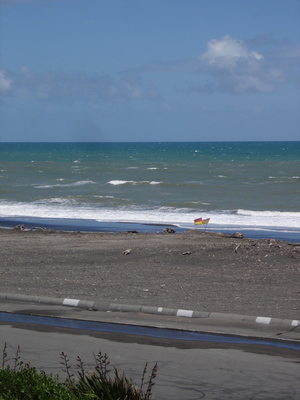 It brings the total holiday drowning toll to five and leaves a growing number of families haunted by holiday tragedies.

The teen was one of four people who lost their lives on Christmas Day alone.

The first to drown was a three-year-old boy at Ocean Beach, in Hastings, who was at the beach with his extended family and friends.

Senior Sergeant Dan Foley said the boy was found family in the estuary and died despite surf lifesavers giving him CPR for an hour.

"There is this lagoon area which is generally not too deep and is safe for children. (It's) a stream that runs across the beach and into the sea but it's the old story of you really do need to be watching your children when they're in the water," he said.

Also on Christmas Day, a woman in her 40s and a 33-year-old man drowned at Ruapuke Beach, near Raglan. A third person was pulled from the water seriously ill.

Police said they were uncertain about what happened to the trio because of language barriers.

The 17-year-old whose body was found last night had gone missing near Whanganui on the afternoon of Christmas Day, while on Boxing Day an 82-year-old woman drowned after falling into a pond in Kerikeri in Northland.

Today, the body of a male tourist in his 20s was found washed up on the beach at Mount Maunganui.

Water Safety New Zealand's chief executive Matt Claridge said the families of the victims would be haunted by the Christmas holiday period forever.

"We're pushing for zero drownings. That's what we want over the holiday period. We're not going to get that."

Ann Weaver, the director of the injury prevention group Safekids, said too many of the victims were children and teenagers.

"And it is unfortunately a terrible way for us to be reminded of how dangerous water can be. We all love to be outdoors, and we should be outdoors and enjoying the summer season with our children but it's really important to stay within arm's length, particularly of pre-school children."

"It was going quite well across the country up until Christmas Day, when we had quite a few incidents at once and then obviously followed by Boxing Day."

He had a specific warning for people at more remote beaches this summer.

"If you're at a beach that has got more beachgoers to it, there are more people that are able to respond or get assistance.

"If you're swimming at a beach and there's only you and one other person there and it could potentially not have cellphone coverage, you're putting yourself in a very risky predicament."