Opening the mail box to find Christmas cards from friends and family could soon be a thing of the past as the number of cards sent every year continues to drop. 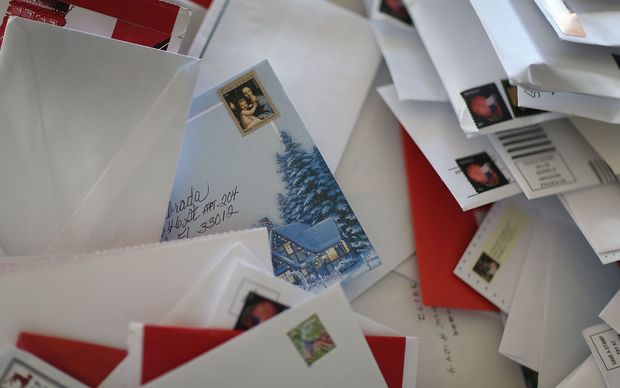 New Zealand Post said it couldn't determine the exact number of Christmas cards that are processed, but figures showed the rate declined 10 percent each year for the last five years.

People on Wellington streets admitted while they still received a couple of cards, they didn't send many themselves.

"No, not this year and I've decided I won't be doing it for awhile. I just feel like I don't get any back," one commuter said.

"Well, we used to, but it feels like I've seen the Christmas card die in my life time," said another.

"I don't send any but receive some from my grandparents," another person said.

NZ Post spokesperson Ashley Smout said a broad analysis this year suggested the volume of Christmas cards in New Zealand was decreasing faster than other countries.

"Definitely overall people are sending less cards each year, mail decline continues, but Christmas is the time when people think of others and do decide to put something in the mail."

"I see them as an important part of the business because I think tradition is still alive and well but there has been a decline in sales of Christmas cards and I've certainly seen that, but New Zealand Christmas cards there is still a demand for."

However, there would always be a market for Christmas cards because they were more personal than using social media or e-cards, she said.

"I certainly think there is still a market for it, of course things have changed, but I don't think cards will ever go away because people love to hold something... like to look at it and remember who sent it."

Posties will be out delivering cards and parcels for Christmas up until tonight.