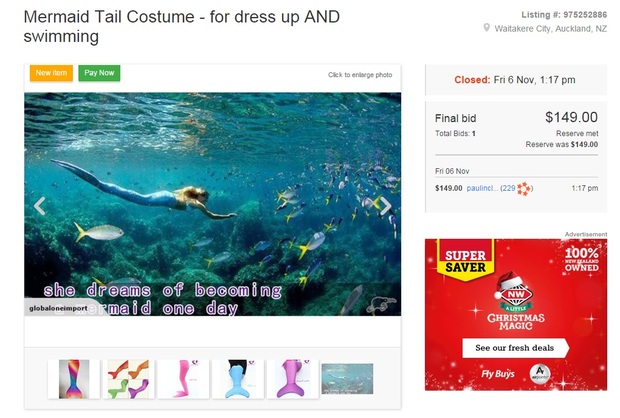 A mermaid fin ad on Trade Me Photo: Trade Me

The tails essentially bind the legs of a swimmer and act as a mermaid-style flipper.

They're being sold in New Zealand, with some items on Trade Me targeted at children as young as three.

Water Safety chief executive Matt Claridge said most children weren't capable of swimming like that until they were about eight.

The fins have the potential to put children's lives at risk, Matt Claridge said.