Not enough has been done to ensure the protection of bobby calves since a video of some calves being abused was released, animal welfare group Save Animals From Exploitation (SAFE) says. 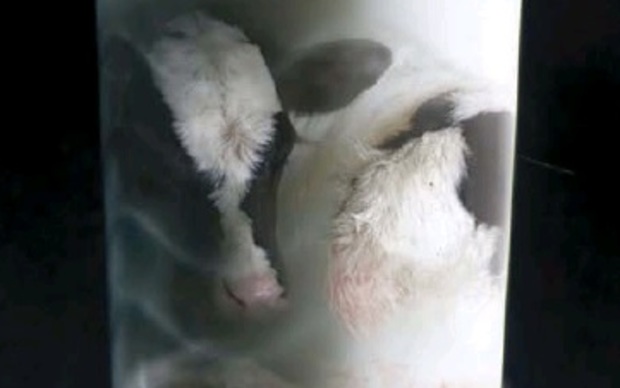 Concerns were raised nearly three weeks ago about the treatment of bobby calves, after SAFE and fellow animal welfare group Farmwatch set up hidden cameras on 12 Waikato dairy farms and in a slaughterhouse and captured footage showing unwanted bobby calves left in roadside crates, being thrown onto trucks and abused at a Waikato slaughterhouse.

SAFE campaign officer Shanti Ahluwalia said the Ministry for Primary Industries (MPI) had not made enough progress in that time.

MPI was a ministry for farmers and a new independent animal welfare body must be established, he said.

"There's a variety of methods that the government can separate animal welfare away from the Ministry for Primary Industries, such as setting up a commission or appointing separate spokespeople.

"But the key thing is we want animal welfare separated from the Ministry for Primary Industries and we want funding allocated to that department, so they can actually enforce the rules."

The Ministry said it was making significant progress in its investigation into the bobby calves and the alleged behaviour involving the calves was unacceptable.

"Anybody seeing this type of abuse would be appalled. We share that view," a spokesperson said.

Some of the footage shown on the Sunday programme appeared to be filmed well before it was supplied to MPI, the spokesperson said.

Minister for Primary Industries, Nathan Guy, said MPI took animal welfare "very seriously and has made a number of successful prosecutions this year.

"As a government we have strengthened the animal welfare system this year with $10 million in new funding and we have passed the Animal Welfare Amendment Bill to improve compliance and enforcement."

SAFE is holding a protest in Wellington this afternoon.