The wait is over for Star Wars fanatics, with hordes of Jedi, stormtroopers and sandpeople turning out to the midnight unveilings of the latest installment, The Force Awakens.

While most of you were probably sleeping, hundreds of Star Wars fans were sitting in cinemas around the country.

Some booked months in advance to get a seat at the screenings.

And despite it being the middle of the night - they were not thinking about sleep. 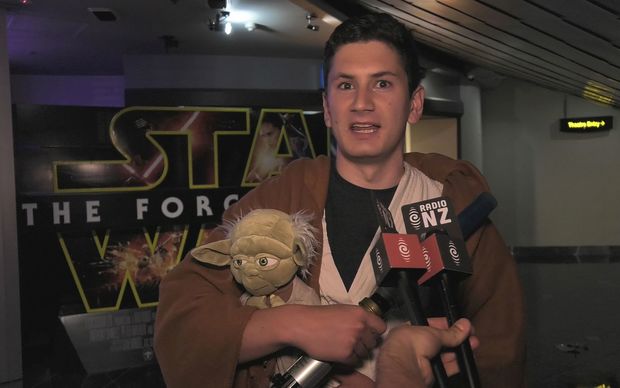 RNZ spoke to fans after the film, and heard rave reviews.

"It carried on all the themes, while still being exciting and fresh. The new characters were actually really cool," said Matt.

Renee, who admitted to being more of an old school fan, also liked it.

"I actually really loved it - I thought they did a great job."

Another fan, Bruno, was also smitten.

"It was fantastic. It was better than I expected. I went in with low expectations so as not to be disappointed and I had a good time. They did well." 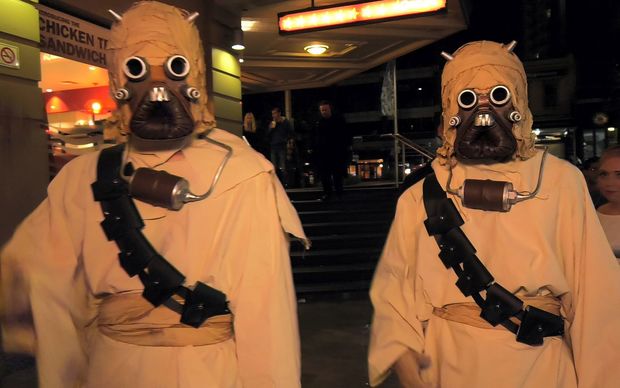 Matt and Kristy Glasgow live on Auckland's North Shore and might just be the country's biggest Star Wars fanatics.

They met through their fandom on the Star Wars New Zealand website, which Matt runs.

Their home is a museum of sorts, housing a collection which took decades to build up.

They went to the premiere yesterday evening, then turned around and headed straight to the midnight screening. 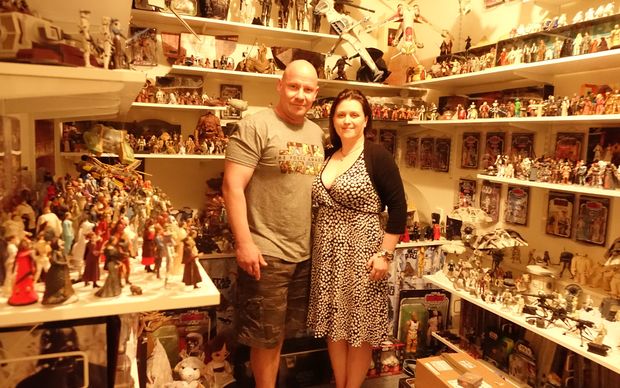 Matt and Kristy Glasgow, pictured next to part of their extensive collection, could be the country's biggest Star Wars fans. Photo: RNZ / Alex Ashton

Kristy said they had been itching to see the film - and it had a lot to live up to.

"It's a territory that they haven't explained, or even hinted at. There is so much unknown," she said.

"Just stepping out of that theatre at the end and having so many questions answered, and then so many more for the next films going on. It's a really exciting time to be a Star Wars fan.

It is nearly 40 years since the first Star Wars hit cinemas in 1977, and some of the stars of that first film -- including Harrison Ford and Carrie Fisher - are back again.

Matt said the new release was a chance for original fans to get the younger generation interested.

He said Star Wars' appeal did not have an age limit.

"There's a very believable aesthetic to the films that draws people in and just engages them in that simple good versus evil mythos.

"People, literally from now, are switching off their social media accounts so they don't get spoilt by any slips of people who see it before they get to see it."

Cinema chain Hoyts said the film has sold three and half times more pre-sale tickets than any other movie.