The Red Peak flag design will rise again and could yet be the country's official flag, the Green Party says. 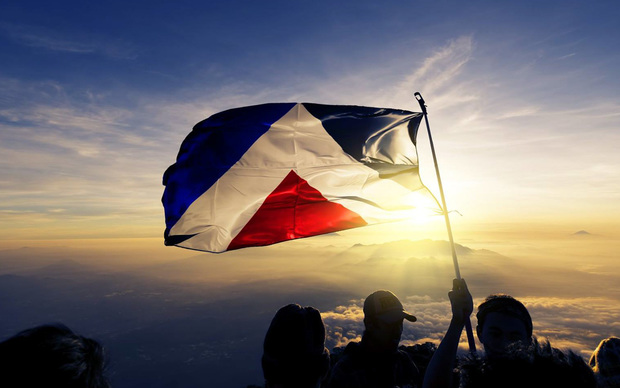 That is despite New Zealanders voting for Kyle Lockwood's Black, White and Blue Silver Fern design as their most preferred flag in the referendum.

MPs passed legislation under urgency in September to add the Red Peak design to the referendum, following a social media campaign and a petition by supporters.

But Green Party MP Gareth Hughes, who pushed to get Red Peak added, believed his efforts had not come to nought.

"I am proud of what Red Peak achieved. It showed it's got significant support. It was a big achievement of people power to get it on the ballot in the first place.

"Ultimately what we see is that the majority of Kiwis, according to polls, aren't looking likely to be changing the flag next year. So, I think Red Peak still has a future."

Red Peak would grow on people over time, he said.

"I'll still continue to wave the Red Peak flag high. The design is so beautiful in its simplicity. It's wonderful how it pays homage to Maori traditional practices [and] homage to the existing Union Jack with the angles and the colours."

Mr Seymour said Red Peak would "stand the test of time" compared to the Lockwood design.

"Who knows maybe Red Peak will ride again one day," he said.

Labour MP Jacinda Ardern said it was worth getting Red Peak included so voters had more choice.

But she said Labour had been opposed to the two-part referendum from the very beginning and that had not changed.

"Ultimately I think the way the entire process has been conducted has left people feeling pretty cynical about the entire referendum and I think you've seen that in the turnout and the number of spoilt votes."

A referendum on whether New Zealand should fly the new Lockwood design flag or keep the current one will be held in March next year. The result will be binding.

The Returned and Services Association (RSA) said there was no drive for changing the New Zealand flag.

He has questioned why the push for change was happening now.

"What is the driving force for change here? Because actually all the polls and all the conversations that I am certainly seeing and having, suggest New Zealanders don't want a change in flag, we're actually happy with our flag."