New Zealand farmers appear to have won a reprieve from any rapid movement to make them pay for the cost of their greenhouse gas emissions.

At the climate change talks in Paris, United Nations (UN) member states agreed to work to limit global warming to below 2°C and if possible to bring it as low as 1.5°C.

Despite that, it has been repeatedly excused from being made to pay for its emissions as other sectors are obliged to under the Emissions Trading Scheme.

The government always argued that agriculture was vital to the economy and other countries did not send a greenhouse gas bill to their farmers either.

Dr Rolleston said the latest agreement in Paris stressed the importance of sustaining agriculture. He saw this as a sign that countries realised that producing food for a growing population had to be prioritised along with fighting climate change. He took it as a signal that emission charges for agriculture were not the best way to go. 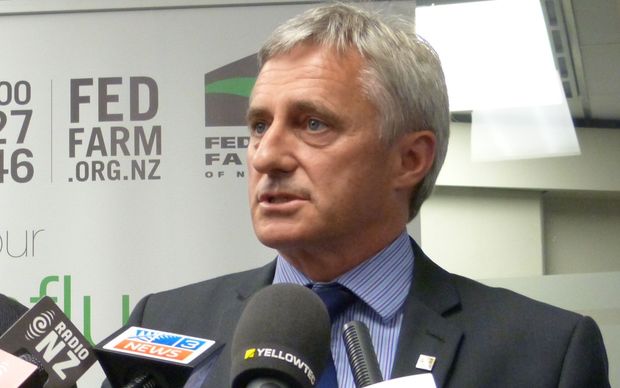 He said the Paris agreement recognised the dual challenges of controlling global temperatures and feeding people, and the result was a bit of a win for his team.

"I think it is, it certainly vindicates the position that Federated Farmers has taken," Dr Rolleston said.

"Just looking at absolute emissions is not really the answer.

"The answer is improving productvity, having a lower carbon footprint per unit of product. New Zealand does that really well, and we will continue to do that."

Other sectors have their own responses to the Paris agreement.

A Business New Zealand spokesperson said they saw it as a step towards a more stable policy for business and communities, but they wanted to study the agreement further before saying more.

A similar view was expressed by the Petroleum Exploration and Production Association.

Ken Shirley of the Road Transport Forum said the Paris move vindicated the move to bigger trucks, which emitted less per unit of freight carried.

But Mr Shirley said the change could go even further for the transport sector.

"The co-founder of Tesla, Ian Wright, who's actually a Kiwi, is working on electric trucks," he said.

"These are principally for trucks that stop and start a lot, such as rubbish trucks and some of the round town trucks, but as battery technology improves it may actually apply to some of the long haul trucks."

One thing that has been said about this agreement is that it is deliberately vague in order to accommodate the 195 countries that signed it.

That has led to critical comment from some observers, such as the following from Adelia Hallett, who edits Carbon News:

"We are not cheering here, we have not done any high fiving," Ms Hallett said.

"We are really pleased to see that they did make an agreement, that is a first step.

"But it really is just a first step, there is a hell of a long road to go if we are really serious about saving ourselves."

Much more had to be done to make the agreement work, Ms Hallett said.

However others are taking a glass-half-full view of the Paris agreement, and are vowing to build on it and make it work.