New Zealanders in Australian immigration detention centres are signing forms that give away their guaranteed right to an appeal when they choose to return home, says Australian lawyer Greg Barns. 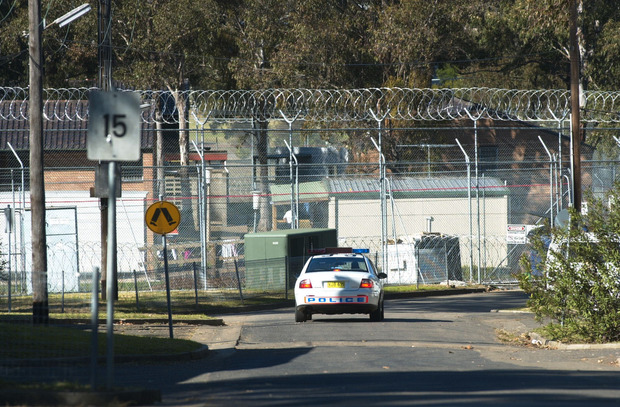 Both countries' governments have previously promised anyone wanting to appeal from New Zealand against having their visa revoked would not be disadvantaged.

The "Request for removal from Australia" form, purportedly given to detainees wanting to return home, has been leaked to RNZ News.

It says: "If I have outstanding visa applications, requests or legal proceedings, I understand that if I choose not to withdraw them, consideration of my claims by the department or relevant review bodies (including the courts) may be discontinued once I am removed from Australia." Read the full form here 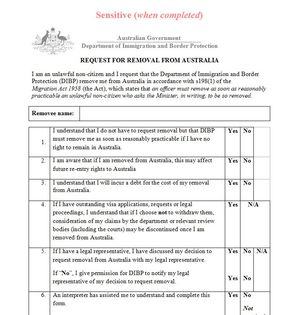 Greg Barns of the Australian Lawyers' Alliance said the document left New Zealanders at the mercy of Australia's Immigration Department.

"What it seems to indicate is that you take a risk, if you continue with your visa application and go back to New Zealand you take a risk that the immigration department in Australia will discontinue your case because you won't be able to attend the proceedings," he said.

"This entire process has been very unfair from the start."

People who had been in detention for months and were moved from centre to centre were feeling desperate and signed just to get out, he said. "There's a real oppression and sense of duress which accompanies the signing of this document."

Justice Minister Amy Adams and Australian Immigration Minister Peter Dutton are yet to respond to requests for comment.

In October, Mr Key and Australian Prime Minister Malcolm Turnbull discussed the policy in place since December under which non-citizens of Australia can be deported if they had served more than a cumulative year in prison.

"The simple message would be, I don't want New Zealanders on Christmas Island, I think they should come home to New Zealand and we'll deal with the application and the processing of their appeals from New Zealand," Mr Key said at the time.

"I just don't trust anything that the authorities in Australia say any more.

"John Key has bought into the rhetoric coming out of the Australian government and a lot of these guys aren't getting a fair deal and are being denied the right to natural justice."

Lee Mulligan is English by birth and is currently held in the Villawood Immigration Detention Centre in Sydney after being convicted of fraud charges.

He said many detainees feared if they return homed they would lose their right to appeal.

"From my point of view and that of many New Zealanders around me they don't trust it and they won't go back.

"There are a lot of people here who have thought about, but they won't go back just in case there's that out of sight, out of mind thing."

The "Request for removal from Australia" form also shows anyone removed from Australia has to pay for that process, which Mr Davis called "absurd".