Reaching for paracetamol when you have the flu might not bring any relief from symptoms, according to a study. 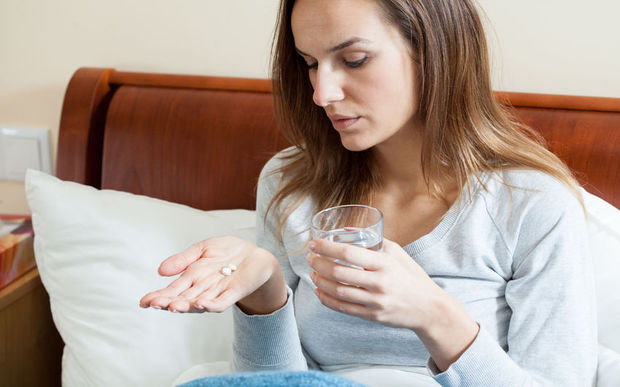 For the peer-reviewed study published in the journal Respirology, 80 people with flu symptoms were given either a placebo or paracetamol. Doctors found no difference in symptoms between the two groups, and no participants had reduced temperatures.

Lead researcher Dr Irene Braithwaite said the study had been designed to look at the amount of influenza that could be found in the noses of participants, and finding out about the effect of the common painkiller on symptoms and temperature was a secondary outcome.

"It was a big enough sample to detect a difference in the amount of influenza that we could find in the nose of the participants, and in that respect we found that paracetamol made no difference.

"There was no difference with respect to the amount of virus we could find in those that took paracetamol and those who took placebo."

However it was possible there were not enough people in the study to establish a significant difference.

"But this is a start - we know that in a sample size of 80 people we can't detect a difference."

Dr Braithwaite, of the Medical Research Institute of New Zealand, said researchers were surprised at the finding - they expected to see some indication the medicine reduced the temperature of the flu sufferers.

"It could be that our participants didn't have a big enough temperature for paracetamol to have an effect.

"It could be that paracetamol isn't particularly helpful in this particular illness."

Given that this was a single study, and was relatively small, it was difficult to make a universal recommendation about the effectiveness of paracetamol.

"I think it's well worth looking at further studies - looking at perhaps a slightly different population."

The 80 patients were predominantly young and healthy, so a broader population and a larger number may help find out whether paracetamol could make a real difference.