ANALYSIS: In her closing speech at Southwark Crown Court, Crown prosecutor Sasha Wass QC said, brick by brick, a "wall of evidence" had been built against Chris Cairns and, on the face of it, it had. 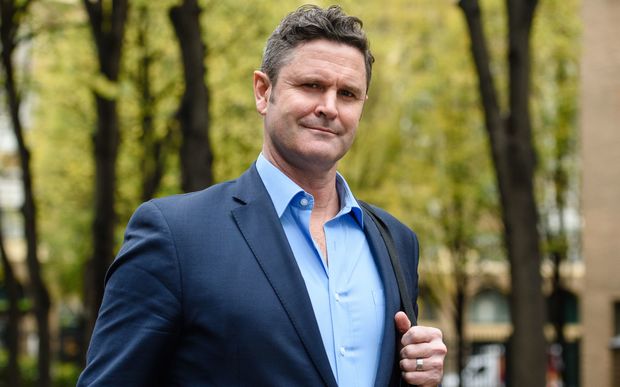 The list of prosecution witnesses in the former New Zealand cricket player's perjury trial resembled a roll call of some of the greats of the game - former Australian captain Ricky Ponting, former New Zealand captain Daniel Vettori, and other highly regarded past players such as Shane Bond and Chris Harris.

The prized witness from the Crown's point of view was current New Zealand captain Brendon McCullum, one of the most popular figures in world cricket.

More on the 'not guilty' verdict

Why would former friends and teammates of Cairns testify against him if he did not do it?

One of the first pieces of evidence presented to the jury nearly nine weeks ago was a recorded Skype call between Lou Vincent - the other key figure in the trial - and Cairns' friend and legal advisor, barrister Andrew Fitch-Holland. 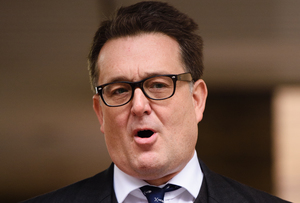 Mr Fitch-Holland was accused of perverting the course of justice by trying to procure a false statement from Vincent in support of Cairns in the 2012 libel case.

In the Skype call played to the jury, Mr Fitch-Holland asked Vincent to write a letter saying he had not seen any wrongdoing.

Over Skype, Mr Fitch-Holland told Vincent "...between you and I, we all know some [of] what is being said is clearly true".

A damning comment? Mr Fitch-Holland said it was taken out of context and, last night, he was also found not guilty.

The evidence of Vincent's ex-wife Eleanor Riley was also presented.

In court, Mrs Riley said she had no reason to support her ex-husband and, given the couple's divorce in 2012 was acrimonious, one might tend to agree.

The prosecution also focused on another comment Mr Fitch-Holland made, to Chris Harris in 2010: "He's guilty, Cairnsy's guilty."

But Mr Fitch-Holland said he had joined a conversation part-way through and was referring to Cairns' personal life.

So, despite a court case that ran into nine weeks, it seems a lot of the evidence was just cannon fodder - the case ultimately hanging on three key witnesses.

McCullum, Lou Vincent, and Vincent's former wife Eleanor Riley were the only witnesses who said they had direct conversations with Cairns about fixing. 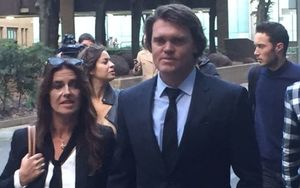 Vincent and McCullum said Cairns approached them in 2008 to fix.

In his summing up, Justice Nigel Sweeney told the jury that, if they were sure two of the three witnesses were telling the truth, then they were open to convicting Cairns of perjury.

The judge warned the jury to be careful in considering evidence from self-confessed cricket cheat Vincent.

He told the jury to be "particularly cautious" in assessing Vincent's evidence because "he might have his own interests to serve".

Justice Sweeney also warned the jury not to consider what Vincent had told Ms Riley, but rather focus on an alleged conversation between her and Cairns during a night out in 2008.

In her evidence, Ms Riley recounted a drunken conversation where she expressed concerns to Cairns about Vincent's match-fixing.

That left Brendon McCullum, who reported the alleged approach to the ICC in 2011, as the Crown's most reliable witness.

But, again, the judge said McCullum's statement was a changing account. He told the jurors it was up to them to decide if McCullum's recollection was the result of a better line of questioning. 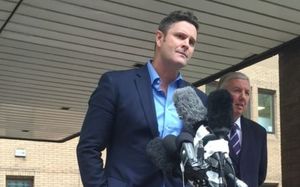 Fairfax reporter Kevin Norquay, who covered the perjury case from start to finish, told Nine to Noon it would be too simplistic to say the jury believed Chris Cairns and not Brendon McCullum.

"I think the jury probably took the judge's warning [about Lou Vincent] quite seriously ... then they've got Lou Vincent's ex-wife [who] was getting her information from Lou Vincent.

"Then you've got Brendon McCullum, who I guess we know and love him in New Zealand and we respect him and he's highly regarded, whether a jury in Britain have quite the same regard and realise just who he is is another matter."

The defence tried to discount Vincent's assertion he'd come clean, and was now telling the truth, by saying he was acting out of self-interest and trying to stay out of jail.

"But I don't know if they necessarily really stacked that up either," Kevin Norquay said.

"I couldn't guarantee that Lou Vincent is not a changed man. I think he sincerely wishes to change his life round, but the problem was that, in his previous life, he'd done so many things that he was ashamed of that the jury really looked at that first, probably."

Kevin Norquay said the onus was all on the prosecution and Cairns did not have to prove anything.

"Both of those things are difficult and, when you've got them both together, it makes it really complicated and doubly difficult."

He said the Crown was always going to find it difficult to present evidence about games Cairns was suspected to have been fixing.

"How the jury was supposed to unravel that, I wouldn't know - and, even if they brought in an independent witness to say 'I think he deliberately hit it or he's batting slowly', there are times when things don't go well for you ... That's an element of cricket and it's very difficult to tell whether someone is actually match-fixing."

There was also a lack of evidence pinpointing a money trail that could implicate Cairns, he said: the only trail they found was one that led to Lou Vincent's bank accounts, which did not link back to Cairns.

"I really feel they [the jury] didn't think there was just quite enough [evidence]."