New Zealand sporting legend Bruce McLaren is about to immortalised on the big screen, 45 years after he died while testing one of his racing cars. 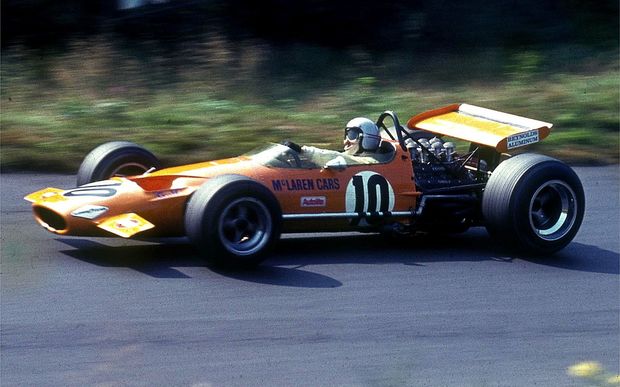 "I've had a passion for motorsports for many years and Bruce McLaren, of course, is one of the true icons of the business," he told Morning Report.

"As a boy I remember seeing him race in Australia and New Zealand so when I was approached about doing this film I jumped at the opportunity."

The plan was to make a feature documentary about McLaren, his life and the legacy he left with McLaren Automotive.

McLaren was a New Zealand race car designer, driver, engineer and inventor who died when his Can-Am car crashed during a test run in England in 1970.

"You know, someone who starts off against all odds and really manages to pull it together."

The World's Fastest Indian was the highest-grossing local film at the New Zealand box-office and made $US18 million worldwide.

The McLaren film producers are working closely with the race car driver's family and the Bruce McLaren Trust, which gies them access to an extensive collection of memorabilia and more than 100,000 photos.

But they believed there could be treasures yet to be located, possibly in England, where he lived, and Europe and USA, where he raced.

"We are definitely looking for anything at all that has anything to do with Bruce," Mr Donaldson said.

The producers asked anyone with material featuring McLaren, or associated people in his life during the 1950s and 60s, to contact researcher Pheobe Shum at phoebe@generalfilm.co.nz