An All Blacks jersey worn by the Invincibles legend George Nepia has sold for about $46,000 at an auction in Wales. 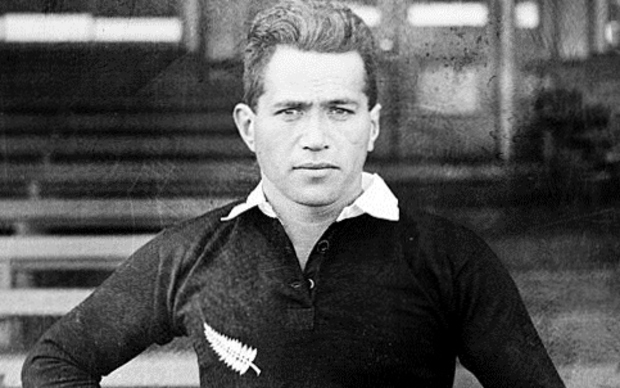 Two jerseys worn by Nepia in matches in 1924 were sold to international buyers at the auction in Cardiff yesterday.

It is understood one was bought by a New Zealander.

The more valuable jersey was worn by Nepia in the first ever All Blacks defeat of Wales.

The Rogers Jones and Co auction house wouldn't say which jersey went to the New Zealand buyer for confidentiality reasons.

An Expeditionary forces rugby jersey worn by Jim Sherret on the New Zealand tour of Britain and France in 1945 was also sold for more than $17,000.

Nepia is regarded as one of our greatest rugby players, and was one of the star players of the Invincibles team which toured Great Britain in 1924-1925.