The jersey of All Blacks captain Dave Gallaher from the legendary 1905 Test between New Zealand and Wales has smashed the world-record price for a rugby shirt. 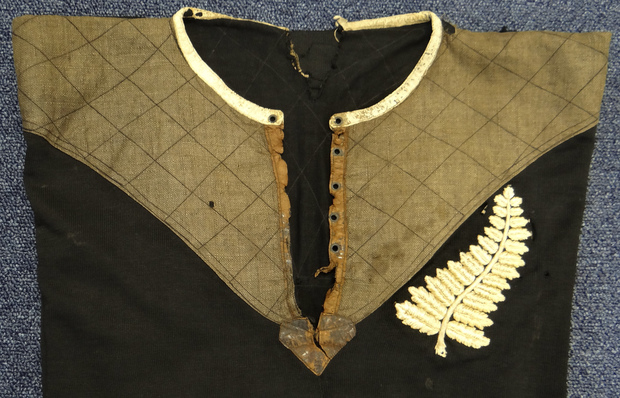 A hand-out picture of the record-breaking jersey. Photo: Supplied

Gallaher and Welsh captain Gwyn Nicholls swapped shirts after the historic match, and Nicholls later gave it to a worker at his Cardiff laundry business, whose family it remained in.

Gallaher died 12 years later, killed just before the first Battle of Passchendaele in in October 1917.