Transpower and Vector failed to identify an electrical failure that caused power to be cut to 85,000 households and businesses in Auckland last year, a report has found. 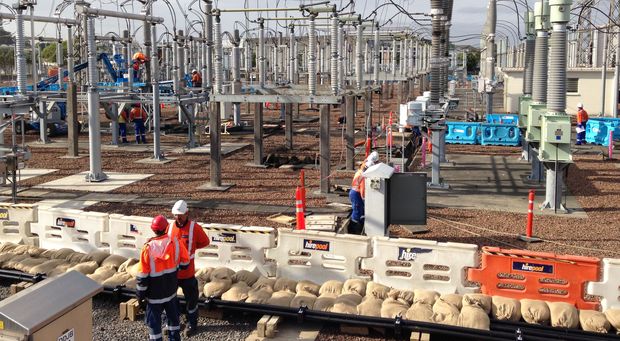 Some people were left without power for more than two days after the cable fire at a substation in Penrose last October.

An Electricity Authority report, released today, said the cable fire was caused by an electrical failure.

The authority also found too many cables - 38 of them - had been installed in the trench where the fire broke out.

Vector and Transpower should have recognised that risk, it said.

The authority estimated the economic loss to customers during the outage was between $47 million and $72 million.

The Fire Service's own investigation report, released along with the Electricity Authority report, said there were delays in fighting the fire because of conflicting information from Vector and Transpower about whether power had been isolated and it was safe for crews to enter.

The first fire engine arrived at 2.26am but crews could not start fighting the fire until 3.23am, nearly an hour later, the Fire Service report said.

Crews then had to withdraw until 4.37am after concerns that power had still not been isolated, it said.

"The delay in being able to recommence firefighting did allow fire [to] spread from where the fire originated along the length of the trench."

In a letter to the Electricity Authority, the Fire Service said it experienced problems knowing who to ask for advice, because both Vector and Transpower were at the fire.

"Conflicting advice from different representatives at various levels, within each organisation, caused confusion in identifying if extinguishing options could be performed safely."

The Fire Service letter also outlined the potential for much greater damage, had crews been delayed any further.

"Electricity agency representatives on site were concerned about fire spread to a building in close proximity.

"This was because it contained important switching equipment and computers, which if lost, would mean power would be out for weeks, possibly months."

The initial attempt to put out the fire with foam prevented that happening, the service said.

Energy and Resources Minister Simon Bridges said both Vector and Transpower had made improvements since the power cut.

Mr Bridges said the authority also found both companies made every effort to restore power as quickly as possible.