Thousands of Aucklanders face another night without electricity as technicians race to restore supply following a substation fire which cut power to dozens of suburbs.

Overnight, power was restored to all St Heliers, all residential customers in Mt Wellington and half of Remuera bringing the number of properties without electricity to 18,000. Areas of the city still without power include parts of Remuera, St Johns/Meadowbank, Mt Wellington, Sylvia Park.

Homes in the St Heliers area, which had been restored, are now without power again. 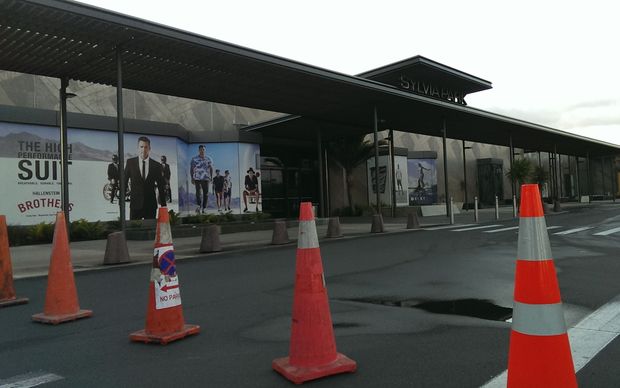 Customers in Meadowbank, St Johns and Orakei could have the power back on at 8pm tonight, and Vector said it should be fully restored across the city by 5am tomorrow.

That means homes in parts of Mount Wellington, Remuera and the Sylvia Park area face a second night with no electricity.

The fire along a 200m stretch of underground cable at the Penrose substation early yesterday morning initially cut power to about 85,000 homes and businesses. Retailers were forced to shut up shop, traffic lights and mobile networks were knocked out and hospitals and rest homes ran on back-up generators. 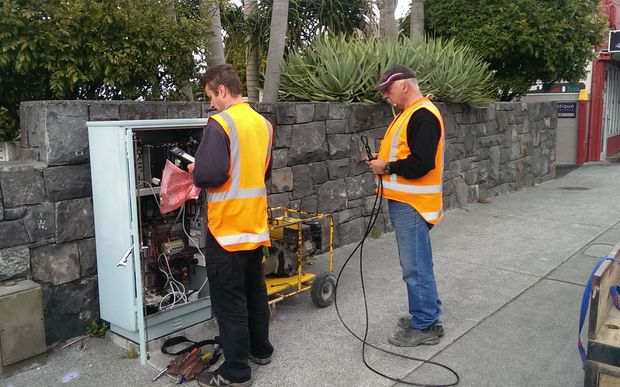 Prime Minister John Key said the cause and effects of the outage will have to be investigated and the Minister of Energy has asked for advice on what sort of inquiry would take place.

"Vector, their first focus will be on getting the power restored to those households and businesses that still don't have it, but it is necessary after an event of this scale to have a good look and see if there are lessons to be learnt from here."

Auckland's acting mayor Penny Hulse said it was not good enough for parts of the city to be without power for what could be four days.

"Once the reconnections are safely out of the way we will be sitting down with Transpower and Vector to have a look at exactly what happened." 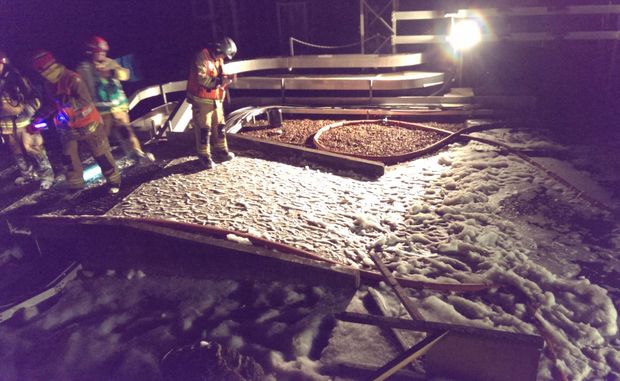 The Fire Service said a specialist investigator is at the scene of the fire.

Assistant area commander Dave Woon said it has an idea of what caused it, and the specialist will help it to confirm that. Mr Woon said it could take several weeks to know the outcome of the investigation.

MetService is forecasting winds in exposed parts of the region could gust up to 100 km/h until about 6pm.

The Mercy Ascot hospital in Remuera has cancelled all its scheduled operations today, affecting around 50 patients.

The chief executive, Jeff Sparks, says although power has been restored, the supply is unstable so it decided to close all 12 operating theatres. Its Epsom hospital is running as usual.

Mobile networks are being gradually restored in the Auckland suburbs hit by the power cut.

Vodafone is deploying 13 additional generators to affected cell sites this morning and expects full coverage again in the next few hours.

Spark is focusing on restoring the 17 cell sites still without power, in particular getting coverage back on for eight key areas on main arterial routes including Greenlane east, Kohimarama and Penrose.

Retailers hit in the pocket

But it said the total drop was more likely to have been about $4.3 million, assuming Auckland stores would have experienced the same average growth rate as the rest of the country, had there been no power cut.

Paymark processes about 75 percent of the country's electronic payments.

The country's biggest shopping centre, Sylvia Park, was closed for a second day. Pak'nSave and Countdown were operating at the site but 100 retailers in the mall did not trade.

Shopping centre owner Chris Gudgeon said it is not worth bringing in generators despite each day's closure potentially costing $1 million -$1.5 million in sales, as it would take a day to set up and the power is due back on this evening.

In the Newmarket business district, some retailers had back-up generators but others have had to throw out thousands of dollars worth of perishable stock.

Newmarket Business Association chief executive Mark Knoff-Thomas told Nine to Noon power came on yesterday afternoon but retailers missed most of what is usually one of the best day's trading. He said some eftpos and phone systems were still affected today.

Meanwhile, Fletcher Building said it has closed some of its manufacturing and distribution sites and retail stores in Auckland because of the power cut.

The company said it is uncertain when electricity to these sites will be fully restored and when it can return to normal operations, but it is working to minimise the impact on its customers. 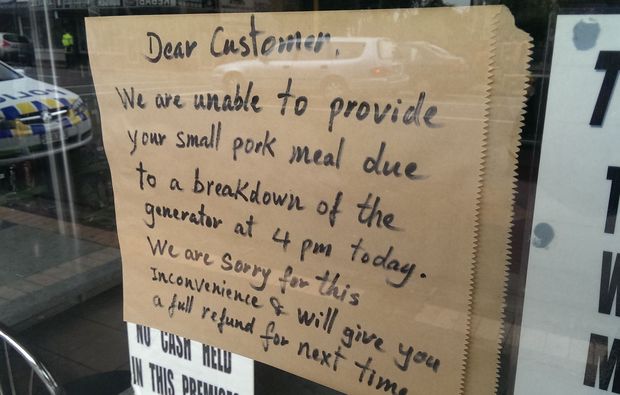 Most traffic lights were working again this morning, some powered by generators. Seven traffic signals were still out this morning and police were on points duty at four of them:

Trains are working but there is still no power at stations in Orakei, Glen Innes, Sylvia Park and Meadowbank. 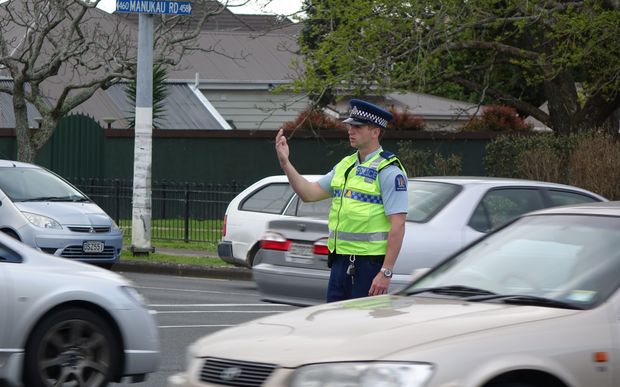 Traffic lights at about 140 intersections were without power yesterday. Photo: RNZ / Kate Newton