Doctors are seeing patients while suffering from infectious diseases because they fear people will miss out on care if they don't, a study by a senior doctors' group has found. 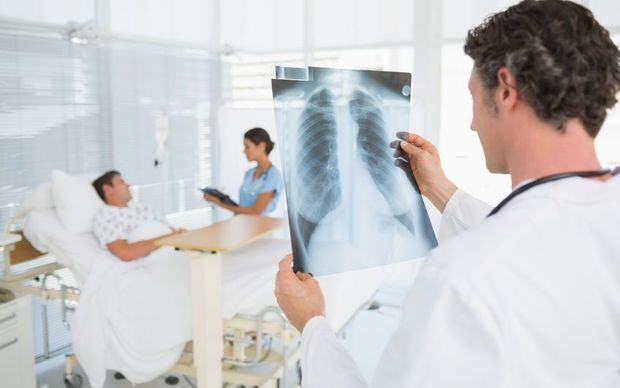 Three out of four senior doctors said they were going to work despite suffering an infectious illness, which included symptoms such as diarrhoea and vomiting.

They felt their patients would be at greater risk if they did not go to work and took a sick day instead, said study author Charlotte Chambers, an Association of Salaried Medical Specialists policy analyst.

"We think this is symptomatic of a massive lack of investment in our senior medical workforce.

"They're working through illness because they fear if they don't their patients are going to miss out on timely care."

Almost 2000 medical and dental specialists from district health boards throughout the country responded to the survey by the Association of Salaried Medical Specialists, which was collated in the report Superheroes don't take sick leave.

"It's an issue of huge concern. I think all the doctors recognise this is less than ideal behaviour. But I think evidence is the massive amount of pressure these doctors are faced with.

"They have to wake up in the morning and make that call - do I go to work or do the surgeries get cancelled."

The stretched environment had become so normalised that presenteeism - or working while sick - was "the coping strategy", Dr Chambers said.

"They are routinely coming to work, working through sickness, when they should be in bed."

One respondent said they were being treated for severe pneumonia while running to an outpatient clinic to see patients. Another respondent, a pregnant female specialist who had gastro-enteritis, was called to a cardiac arrest and felt she had no choice but to attend.

"She said 'I doubt I performed optimally, but I felt I had no choice but to box on'."

There was a need for clearer thresholds and explicit guidelines for doctors to assess their symptoms, Dr Chambers said.