As New Zealand farewells one of its sporting greats, RNZ Community Editor Megan Whelan looks back on when she met Lomu - and asks readers and listeners to share their own memories. 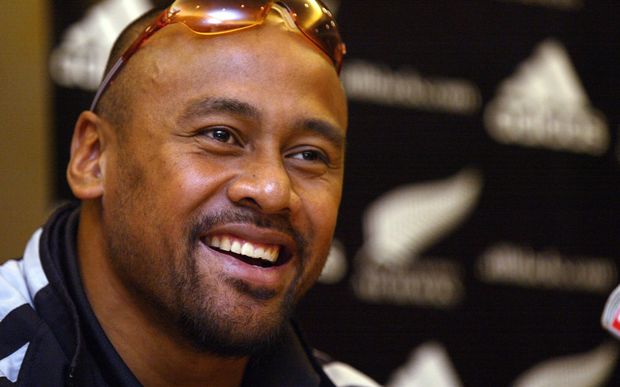 In the days before I was a journalist, long before I got to help cover a Rugby World Cup, I was a waitress, and the hotel I worked at would host a lot of national and international sports teams.

Sports teams were either great, or they were rude, drunk and horrible.

While he ate, in the end, two steaks - nearly a kilo of meat - I sat and chatted to him. About rugby, and life and rugby, and being an All Black. I was in my early 20s, a fangirl, and astonished at my luck.

Nearly 20 years later, I have no idea what we talked about in detail, but I remember him being kind and quiet and gentle - nothing like what you'd imagine if you'd ever watched him play.

A day later, I walked out a door, and collided with a person - my head at about their top rib - and realised I'd walked straight into Jonah Lomu.

All I can tell you is that his chest was hard enough to hurt my head. He smiled, said hi and went back to tossing around a ball with his teammates.

It's a small story, but it's the kind of story a lot of New Zealanders seem to have about Jonah Lomu.