All Blacks legend Jonah Lomu - the youngest player to put on the black jersey - has died at the age of 40. 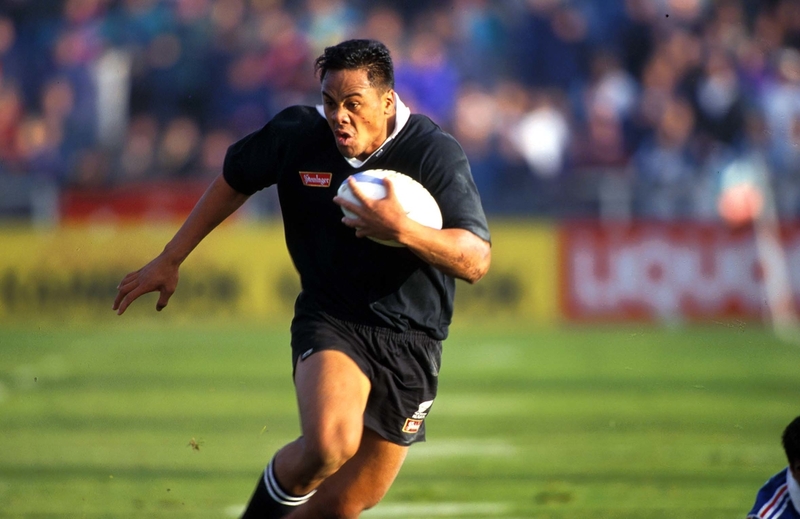 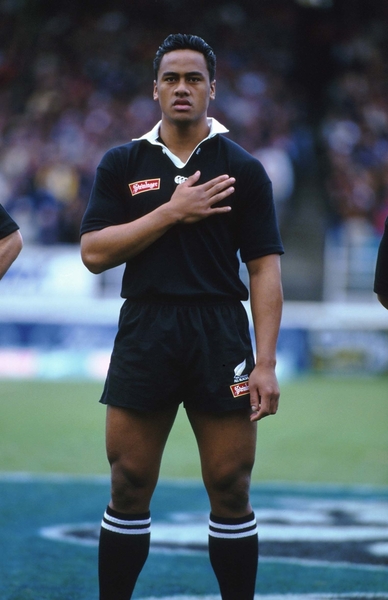 Jonah Lomu sings the national anthem at the New Zealand v France match. His second test for the All Blacks. 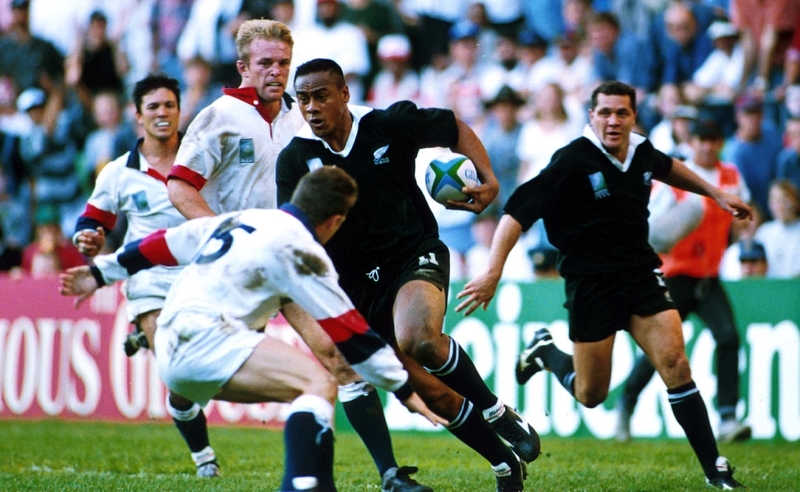 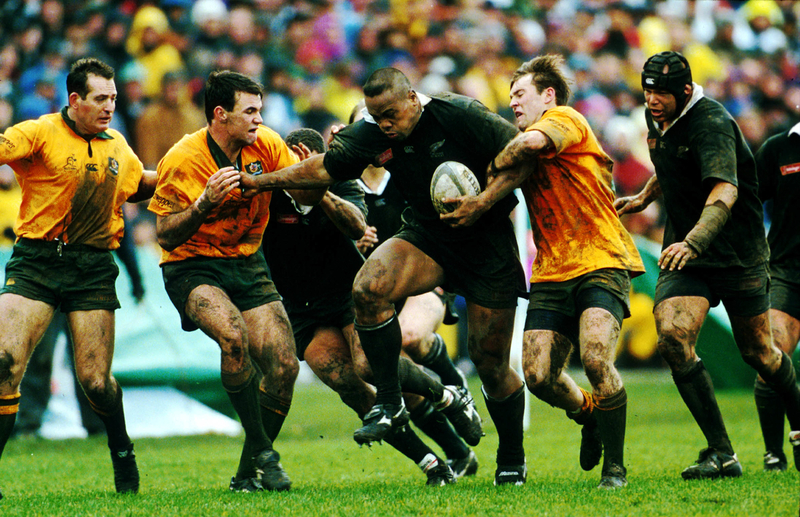 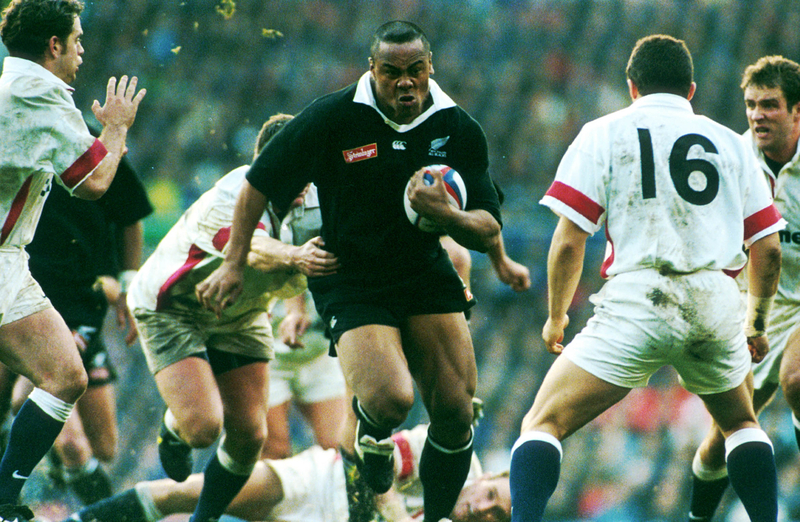 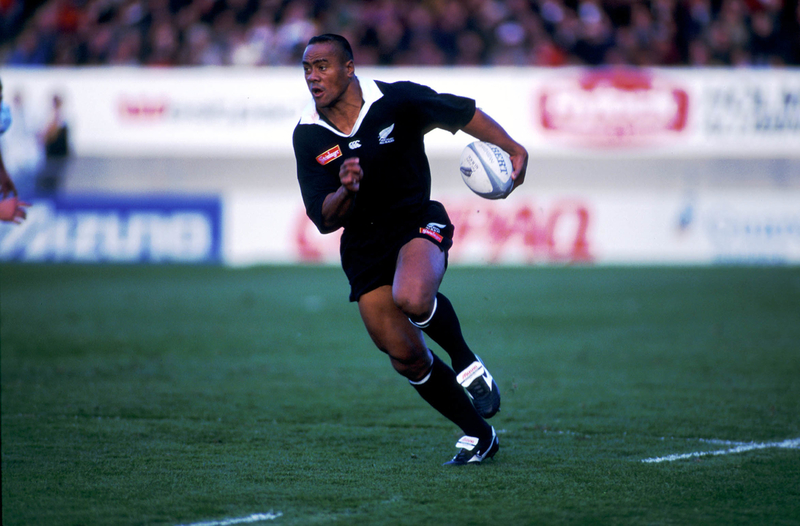 Jonah Lomu as the All Blacks play England in an international rugby union test match, 1998. 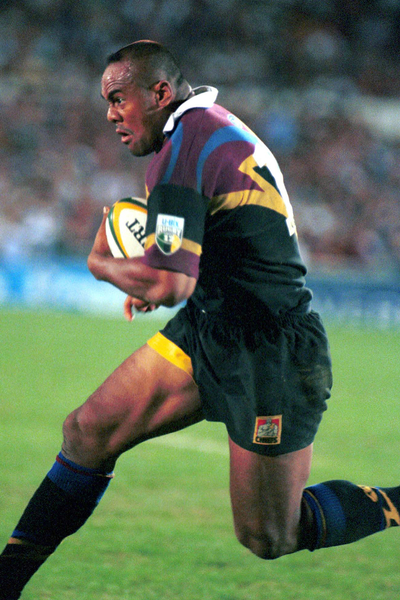 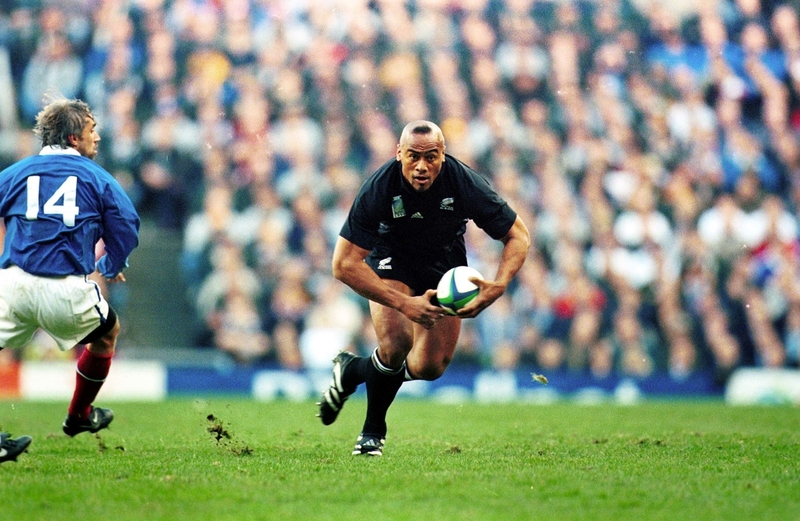 Jonah Lomu during the Rugby World Cup semi final between the All Blacks and France at Twickenham, London, on October 31 1999. France won the match 43-31. 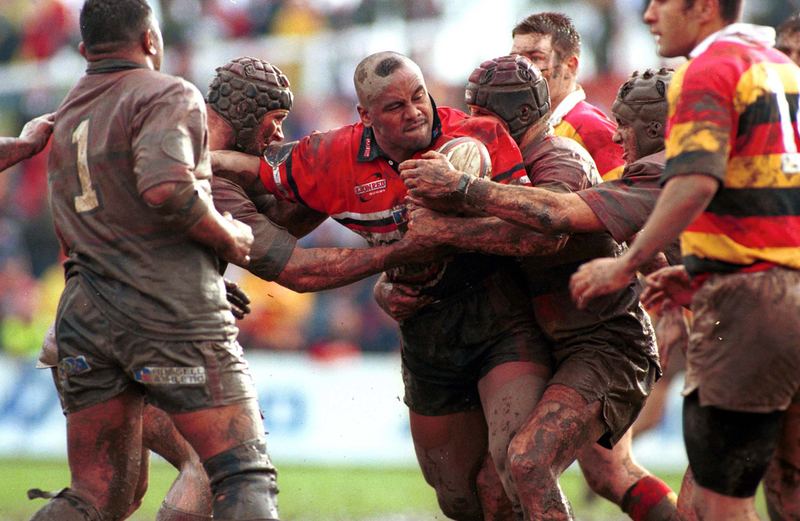 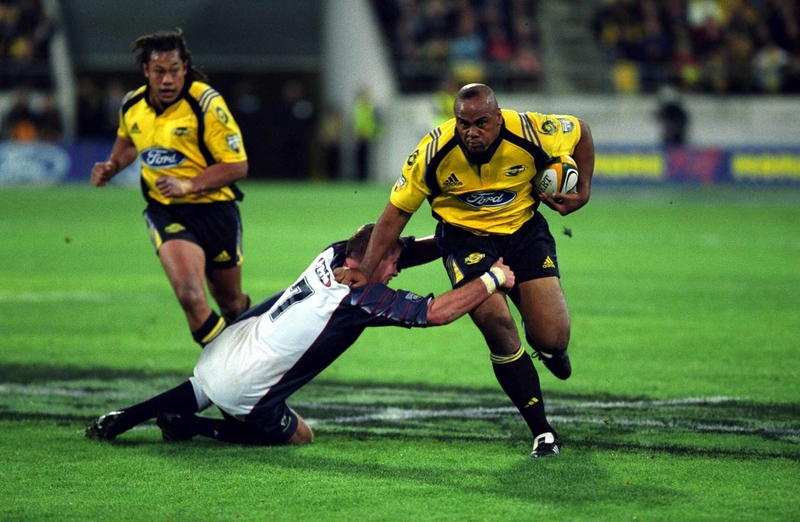 Jonah Lomu in action during the Super 12 rugby union match between the Hurricanes and the Cats, WestpacTrust Stadium, Wellington, 22 March, 2002. 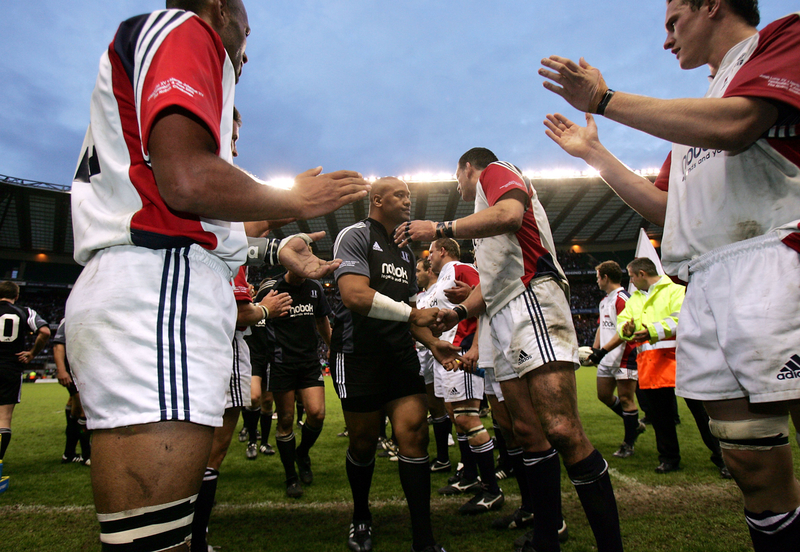 Jonah Lomu shakes hands with Martin Johnson at the conclusion of the match for Johnson's testimonial at Twickenham, London, UK, Saturday 4 June, 2005. 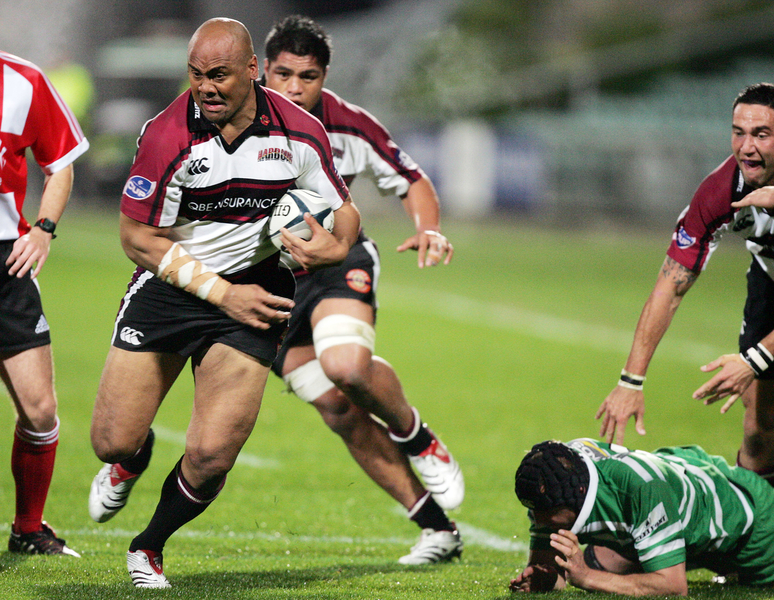 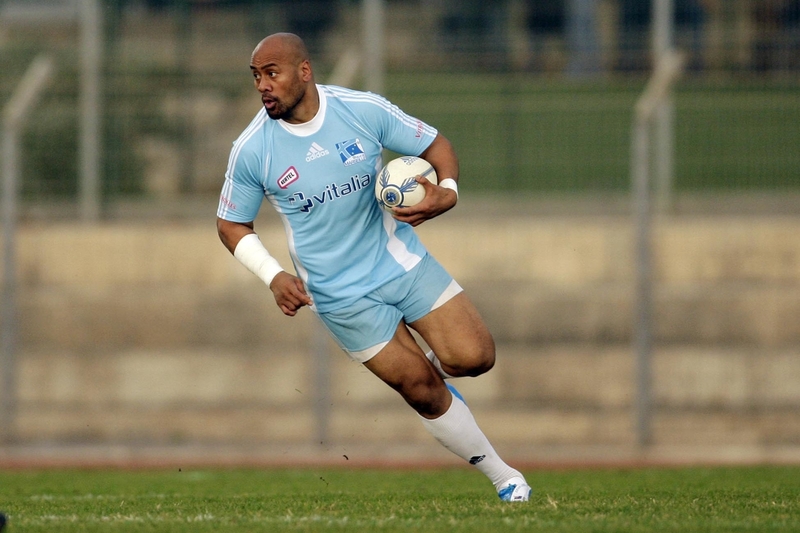 After retiring in 2007, two years later Jonah Lomu joined French Fédérale 1 team Marseille Vitrolles, playing at No 8, for the 2009-2010 season.

The former rugby player had suffered from kidney problems since 1995, and received a transplant in 2004.

Nadene Lomu, who recently travelled with her husband and the couple's two young sons to Britain for the 2015 Rugby World Cup, released a statement this afternoon.

"It is with great sadness that I must announce my dear husband Jonah Lomu died last night.

"As you can imagine, this is a devastating loss for our family, and may I ask that our privacy, especially the privacy of our two very young boys, be respected as we take them through this traumatic time."

While in London in September, Jonah Lomu told AFP he wanted to live to see his sons Dhyreille, five, and Brayley, six, grow into adults.

"Whether they play rugby or not doesn't matter. I just want them to be healthy and to grow. One thing as a dad you don't want is for them to come to any harm or anything bad to happen to them.

"The illnesses and pains I'm going through, I don't want them to experience that, no dad wants that.

"[The World Cup trip] is a great experience for them. This is where rugby started, so what a way to take two kids on a journey.

"I'm their dad and I'm trying to set an example and my beautiful wife ensures I do everything I need to do to do so." 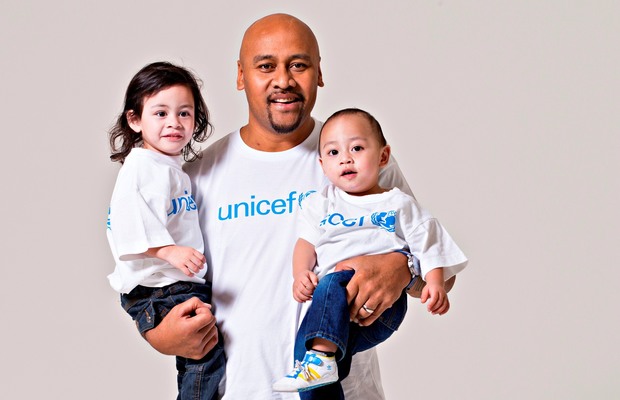 Former All Blacks doctor and close friend John Mayhew said Lomu collapsed and died suddenly at his home in Auckland early this morning, shortly after a flight from Dubai.

He had seemed to be in good health during his final months, Dr Mayhew said.

"He talked to me that he obviously wanted to - and unfortunately won't achieve this now - to be around for his sons' 21st.

He described his friend as a humble man, who would often be the last player at training signing autographs.

Lomu's on-field deeds captured the imagination of fans in all corners of the world during a 63-test career for the All Blacks.

Of Tongan descent, Lomu was born in Auckland and made his All Black debut against France in 1994.

At 19 years and 45 days, he was the youngest rugby player to pull on the black jersey and possibly the most famous player the game has produced.

At his peak, the giant left-winger would routinely swat aside, trample over and sprint away from tacklers on his way to 37 test tries.

He was released on unsuspecting opponents at the 1995 World Cup in South Africa, scoring seven tries in spectacular fashion.

It was Lomu's performance at that tournament that elevated him to iconic status and which reputedly prompted media tycoon Rupert Murdoch to buy the television rights to rugby, kick-starting the professional age.

Lomu treasured the black jersey, meaning that opponents looking to swap with him after tests were frequently out of luck.

His first test jersey he kept for himself, the second for a woman who looked after him during time spent in Tonga, the third for manager Phil Kingsley Jones and the fourth for his mother.

His loyalty to the All Blacks extended to him shaving his number - 11 - into his eyebrows.

Despite all the media hype and attention, Lomu remained a shy person who tried to avoid the spotlight, preferring to let his actions on the field do any talking for him.

But his profile kept him in the public eye and meant every action came under scrutiny.

He had a brush with the law when he was caught driving without a licence, and his secret and short-lived marriage to South African Tanya Rutter caused a stir as he hadn't told his parents he was getting married.

The biggest challenge he faced, however, was off the rugby field when he was diagnosed with the severe kidney problems that threatened to curtail his career.

In January 1997, he announced he was pulling out of the game to undergo treatment for nephrotic syndrome, a disease which drains the blood of protein and necessary cholesterol.

But nine months later, he was back on the rugby field and back in the All Blacks - selected for the tour of Britain and Ireland.

Despite fluctuations in his form, he remained in the All Blacks squad until 2002.

In 2007, he was made a member of the New Zealand Order of Merit.

He made a guest appearance at the 2011 Rugby World Cup opening ceremony in Auckland to a roar of support from the crowd.

He also travelled to England to attend the 2015 Rugby World Cup, along with his third wife Nadene and their two sons Dhyreille and Brayley.

Watch Lomu and members of the Ngāti Rānana London Māori Club perform a haka in central London in 2015:

"It was ongoing, and he modestly accepted it, lived with it every day, and had time for everyone. I never saw him ignore anyone, ever. He was such a gentle person."