RNZ's John Campbell is on Christmas Island to find out what is happening at Australia's detention centre - and the first thing he discovers is how hard it is to actually find the place. 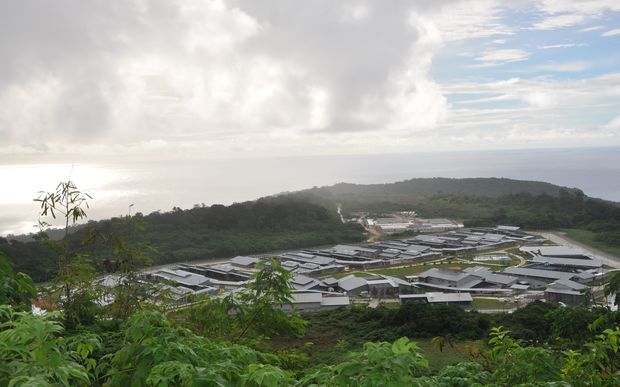 On all of Christmas Island, 135 square kilometres of anchored rock 2500 kilometres from Perth, there is not a single sign telling you where the detention centre is. Not one. Not a direction outside the airport, not an arrow at a corner, not a distance-to-go notice, nothing.

And when you finally find it, winding your way along the barely sealed road that ends your journey, dodging Christmas Island's famed red crabs as they make their way from forest to coast so they can mate, even the sign out the front has been whitewashed to say nothing. Nothing. It is a government-run detention centre where people can simply be held, indefinitely. 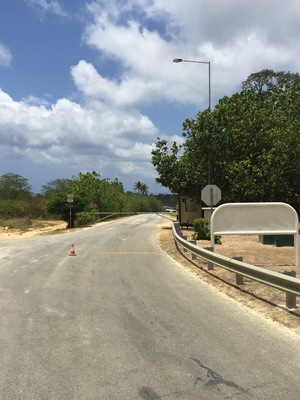 A barrier keeps prying eyes well away from the actual entrance to the detention centre Photo: RNZ / John Campbell

I've been out there three times since I arrived here on Saturday. The first time I thought there must be another entrance. The second time I asked if I could get any closer than the barrier arm that protects it - far up the road from where it actually is.

The third time, at the same incongruous barrier, like a boarder post no-one ever passes through, I got my RNZ camera out. A man from Serco told me not to take photos. "I'm on public property", I responded, standing on the road. "No, you're not", he said.

In 2012, Australia's Human Rights Commission concluded that the country's "system of mandatory detention breaches fundamental human rights." Christmas Island, which the commission found "is not an appropriate place in which to hold people in immigration detention", is at the centre of that system.

While little is known about what actually happened during the riots, and after them, what preceded them is revealing.

Fazel Chegeni, an Iranian Kurd who'd been tortured in Iran and granted refugee status in Australia, still found himself in the immigration detention system.

Over four years, in which, as Fairfax Media discovered, five immigration ministers "defied repeated advice that this was the last place he should be", the damaged and vulnerable asylum-seeker was incarcerated beyond hope and understanding.

Finally, he was sent to Christmas Island.

Fazel Chegeni escaped the centre. But escaping here is not really escaping. There's nowhere to go, and no way to get there.

His body was found two days later. How did he die? No one has said. But his death appears to have triggered a furious reaction from some of the men he was incarcerated with. Riots. $10 million worth of damage. Seven detainees, including New Zealanders, handcuffed and flown out to a maximum security prison in Perth.

And then the clean-up, and the consequences, including reports of men who hadn't rioted, but couldn't escape the riots, being held in cages. 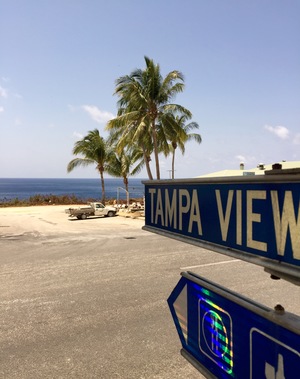 No sign on the island points to the detention centre Photo: RNZ / John Campbell

On Saturday afternoon, between my first and second visits to the whitewashed sign and the barrier arm, I went to meet Gordon Thomson, president of the shire of Christmas Island - a kind of mayor.

"The view I have," Mr Thomson said, "and I'm sure it's shared by many, certainly our councillors, is that the best thing that could happen is that the government pack the joint up and move on."

You don't - I realised a short time into my discussion with Mr Thomson - judge an island by its detention centre.

"We don't want the detention centre operating here," Mr Thomson told me. "We don't want people detained on Christmas Island. For me, I believe the system of administrative detention runs counter to everything that is of a value in a civilised society, like ours should be."

Which is pretty much what the Australian Human Rights Commission said. 'Recommendation One', following the commission's trip to Christmas Island in 2012, began with these words: "The Australian government should end the current system of mandatory and indefinite immigration detention."

But, like the advice to not incarcerate Fazel Chegeni, it's been ignored.

It took six hours, on Saturday, to fly from Perth to Christmas Island. Virgin Australia flies in twice a week. There are no other scheduled flights.

It's expensive - about $900 each way. But it's beautiful. The plane detours through the Cocos Islands, a salt and pepper sprinkling of two atolls and 27 coral islands, which are so arresting as you horseshoe over them and sweep down onto the unlikely asphalt, that it ought to be abuzz with sea-loving tourists after something as magic, but less Hiltonesque, than Fiji.

Cocos and Christmas, joined by the umbilical of their Indian Ocean isolation and that Virgin Australia flight, do have dreams of properly developing a tourism industry. 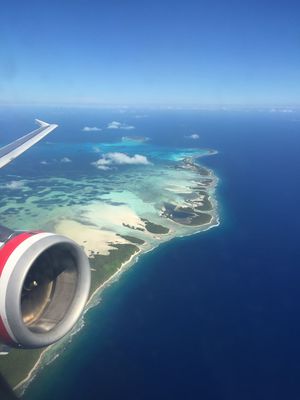 But, "we're not going to have tourism while we have a bloody prison operating on the island," Mr Thomson said.

"We are known as a prison. You go to Google, as I do, what are the stories on Christmas Island? Well, there are two or three, every other day, about stamps and birds and the good things, but when something like this, a disturbance at the detention centre happens, we've got hundreds of articles about Christmas Island, and they're all about prison.

"It would be very off-putting, I would think, as a tourist, to see this place as a bloody prison island."

Which is what it is. Pointedly. Even if it's despite the Christmas Islanders themselves.

There are no lawyers here, which means legal representation is in Perth, at best, that long and expensive flight away, with all the costly time to wait before the flight back. There is nothing much here at all, other than a prison on the rock; purgatory.

The Australian Human Rights Commission, in 'Recommendation Four', said: "The Australian government should stop using Christmas Island as a place in which to hold people in immigration detention other than for the shortest possible periods of time. If people must be held in immigration detention facilities, they should be located in metropolitan areas."

But on Christmas Island, no-one can see them, or hear them, except when they escape, or riot, or die.

Gordon Thomson told me that when the Tampa arrived here in 2001, with 438 rescued refugees on board, many of them sick, the government was desperate to not allow television cameras to get too near the ship.

To see them is to realise they are as human as you are. But when they're in a prison on Christmas Island, or a "regional processing centre" in Nauru - where there was also a major riot in 2013 - they're not human and hopeful, they're a latent or thwarted threat.

'Recommendation One' in the report by the Australian Human Rights Commission continues: "A person should only be held in an immigration facility if they are individually assessed as posing an unacceptable risk to the Australian community and that risk cannot be met in a less restrictive way."

It's hard to imagine many things more restrictive than life in the Christmas Island detention centre.

Last week, back in New Zealand, United Future leader Peter Dunne wrote: "The modern concentration camp approach Australia has taken is simply wrong. It was wrong when the British tried it in Northern Ireland in the 1970s; it is wrong in Guantanamo Bay, or in Israel today. Australia is no different."

His words have had widespread coverage in Australia, with a surprising amount of agreement.

But, Gordon Thomson, who wants the centre gone from his beloved island, said: "That's the whole purpose of it. The remote location is ideal for the government's purposes - that's to have a secret, the most secretive regime that they can possibly achieve within our legal system, and Christmas Island is the place they can do that best."