As the world joins in condemning the Paris attacks, an Afghani community in Auckland is urging the government and the United Nations to work harder to stop killings by Islamic extremists. 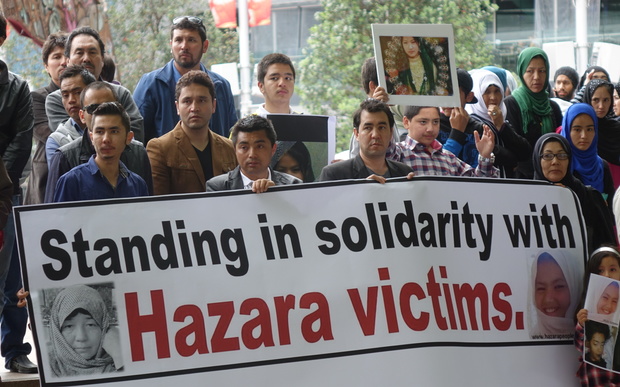 More than 200 members of Auckland's Hazara community protested yesterday in Aotea Square at what they say is a lack of action against extremists.

Their placards showed the faces of seven Hazara people, including a nine-year-old girl, killed last week in Afghanstan after being abducted in October.

It is not clear if the Taliban or Islamic State are to blame - the groups are fighting each other in Afghanistan. 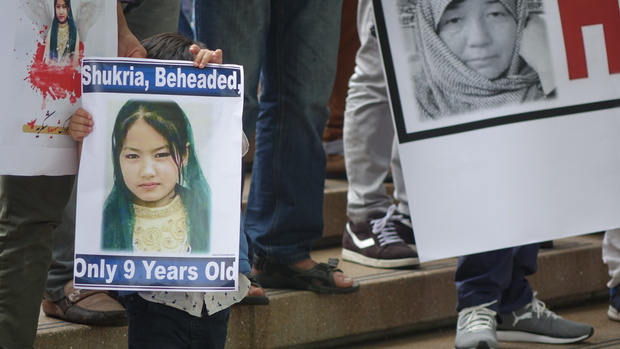 Last week seven people were partially beheaded in Afghanistan after being held hostage for a month. Photo: RNZ / Lauren Baker

"We're all humans here, and we all should stand united."

She said the situation in Afghanistan in particular was dire.

"Civilians can't go outside without someone else with them, because otherwise they'll be either shot, or they don't know what's going to happen to them. You know, women in Afghanistan fear their life, that's why I'm not allowed to travel alone to Afghanistan.

"Basically what we want is security - security for the citizens in Afghanistan, security for everyone around the world." 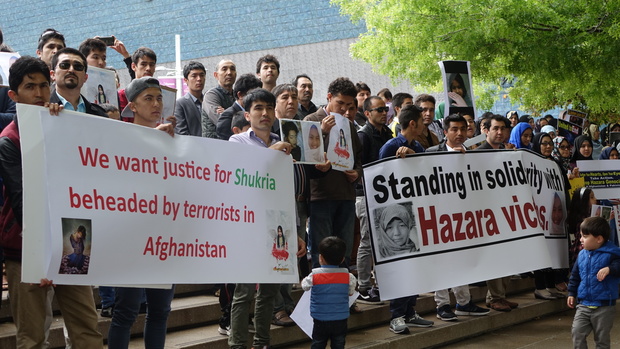 One of the protesters whose brother was killed by the Taliban said the New Zealand government needed to do more to put pressure on the Afghan government. Photo: RNZ / Lauren Baker

Plea for NZ to do more

Protest organisers say there are about 1300 Hazaras in Auckland.

The group in Aotea Square heard speeches of anger at governments for not doing more to stop the bloodshed or find those responsible.

Kaliq Zullal said his brother was killed by the Taliban.

New Zealand currently has a seat on the UN Security Council, and Mr Zullal said it needed to do more to put pressure on the Afghan government.

"We want the New Zealand government, we want the United Nations to act responsibly and exert its diplomatic pressure on the Afghan government to take better responsibility to provide security and stability for the Afghan people in general, but specifically, the ethnic and religious minority groups."

There have also been protests by Hazara communities in Kabul, where thousands of people took to the streets, bearing the coffins of those killed and accusing the government of doing nothing to stop the violence.