A 24-year old law student plans to take the government to court over its climate change policy, claiming the targets to which it will commit at an upcoming UN climate convention in Paris are too low. 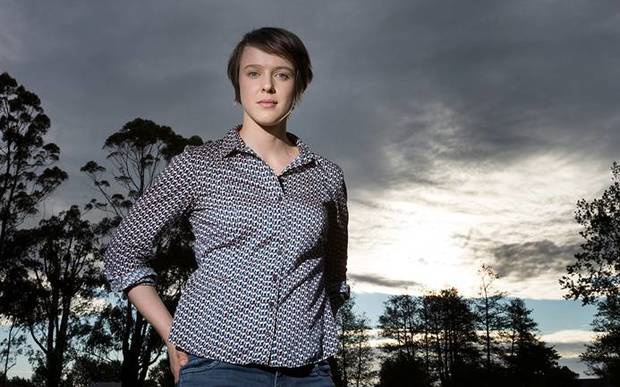 Sarah Thomson, who studies at Waikato University, has filed papers in the High Court in Wellington, requesting a judicial review of aspects of the government's climate change policy.

She said its domestic greenhouse gas targets were unreasonable and not in line with the current scientific consensus, and they should have been reviewed following a new report from the Intergovernmental Panel on Climate Change (IPCC) last year.

"I'm going to be arguing that there actually is a legal obligation to set those reductions along the lines of scientific consensus.

"The Climate Change Response Act actually says in the 'purpose' section that any decision should be made in light of the climate change convention", she told Checkpoint.

"We're challenging the fact that government hasn't reviewed its emissions reductions targets, and that the targets that it has set for the convention in Paris are too low and unreasonable."

More on the UN Climate Change Conference in Paris (COP21) in December:

New Zealand's current proposed target ahead of the convention is to reduce emissions by 11 percent, based on 1990 levels, by 2030.

But, according to Ms Thomson's case, this target is "unreasonable and irrational".

Her case is that New Zealand's Climate Change Response Act requires the minister to review targets whenever the IPCC releases a new report, to make sure that targets are in line with scientific research and consensus on how to mitigate climate change.

She said there was no evidence any such review had taken place, which would mean the minister had acted unlawfully.

"I am fairly certain [that no review has happened] - all the information goes out onto the government website, and nothing has gone out about a review of that target."

A spokesperson for Minister for Climate Change Issues Tim Groser said the minister was seeking legal advice and was not in a position to comment further.

In June, a Dutch court found its government had set an inadequate climate change policy, ordering it to adopt greater greenhouse gas reduction targets on behalf of its citizens.

Ms Thomson said the media attention around that case would have brought the issue to many people's attention but someone still needed to do something tangible.

"It's just a case of acting. And I and the lawyers have done that."

A column published on Wellington-based legal analysis website Deconstructing Paris in October said the New Zealand case was not quite the same as its Dutch predecessor.

The legal systems of the two countries differed, it said, with the Dutch system including a requirement for the government to perform its duty of care towards its citizens.

It also has a concept called "hazardous negligence", referring specifically to the state, which was a key aspect of the case and which not feature in New Zealand law.

Finally, the column said, the Dutch constitution specifically states that the authorities must "keep the country habitable and protect and improve the environment".

'We're in it for the long haul'

Ms Thomson said she had not always been interested in climate change, but following it more over the last few months impressed on her the need to act.

"Just learning more about it has made me realise how important this is, to do something. It's not really just the legal side of it, but also the human rights side and the environmental side of it too."

What Ms Thomson hoped to get out of her legal action depended on how the government responded, she said.

"The best outcome would be that the government is forced to review those targets and to set higher, more ambitious targets. Also, I hope that they're going to have a plan to actually achieve those targets too."

In the meantime, she was happy to play the waiting game.

"We're in it for the long haul - I'm keen to keep on taking it all the way through, and the lawyers are too."