Prince Charles has met teenagers on board the Spirit of New Zealand training ship at his final public event before leaving the country. 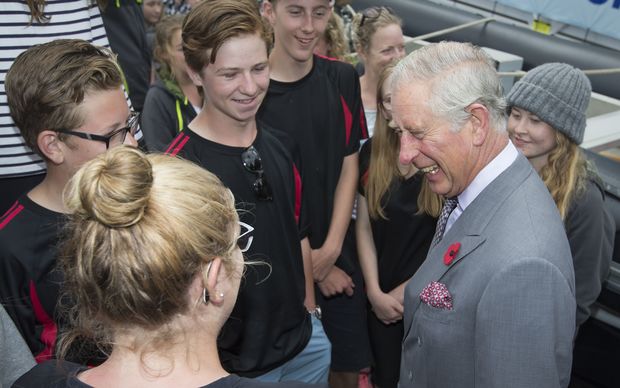 Prince Charles aboard the Spirit of New Zealand Photo: POOL

The prince and Duchess of Cornwall, who arrived in New Zealand on 4 November, are winding up their visit in Auckland and leaving for Australia this afternoon.

Up to 80 fans turned out to Auckland's Princes Wharf to watch the future King arrive.

Prince Charles boarded the Spirit of New Zealand where he spent about half an hour talking to crew and 40 year 10 students from four schools. They had just returned to dock at Princes Wharf after four days sailing. 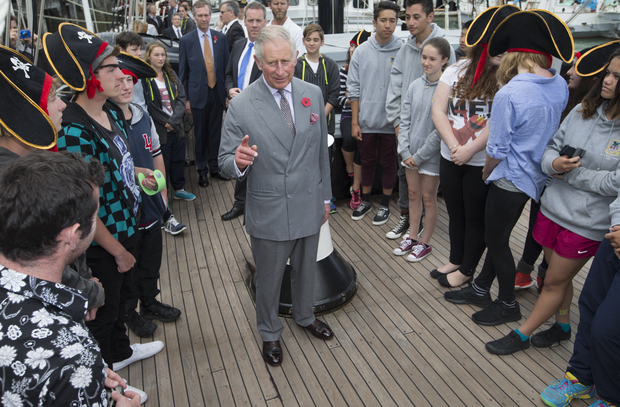 He shook hands with the students and asked them about their schooling and experience aboard the ship.

"Have you all had a jolly time?" he asked the group from Okaihu College in Northland, Dunstan High School in Alexandra, Waitakere College in Auckland and Naylan College in Nelson.

The ship takes high school students on voyages of up to 10 days around the Hauraki Gulf and aims to help young people learn leadership, teamwork skills and gain confidence.

Stephanie Bristol has been the cook aboard the vessel for three years. "The ten-day voyages are fantastic because you see the kids change so much," she said. "They find they can do things they didn't think they could do."

Laura Garner, 15, of Waitakere College, was enjoying her time aboard the ship.

Her trip had involved a raft race, knot tying, quizzes and beach games - all activities that helped her gain confidence.

She was excited to meet the prince, although she confessed her family were not avid royal-watchers.

"We pay attention to what they do, but we're not hardcore fans," she said.

As he left the boat after meeting and talking with the students, Prince Charles wished them luck with their upcoming exams.

"I hope you pass your exams when you get back to school. You can always blame me," he said.

The Duchess of Cornwall did not attend the event.